What are the Chinese hiding in Wuhan? 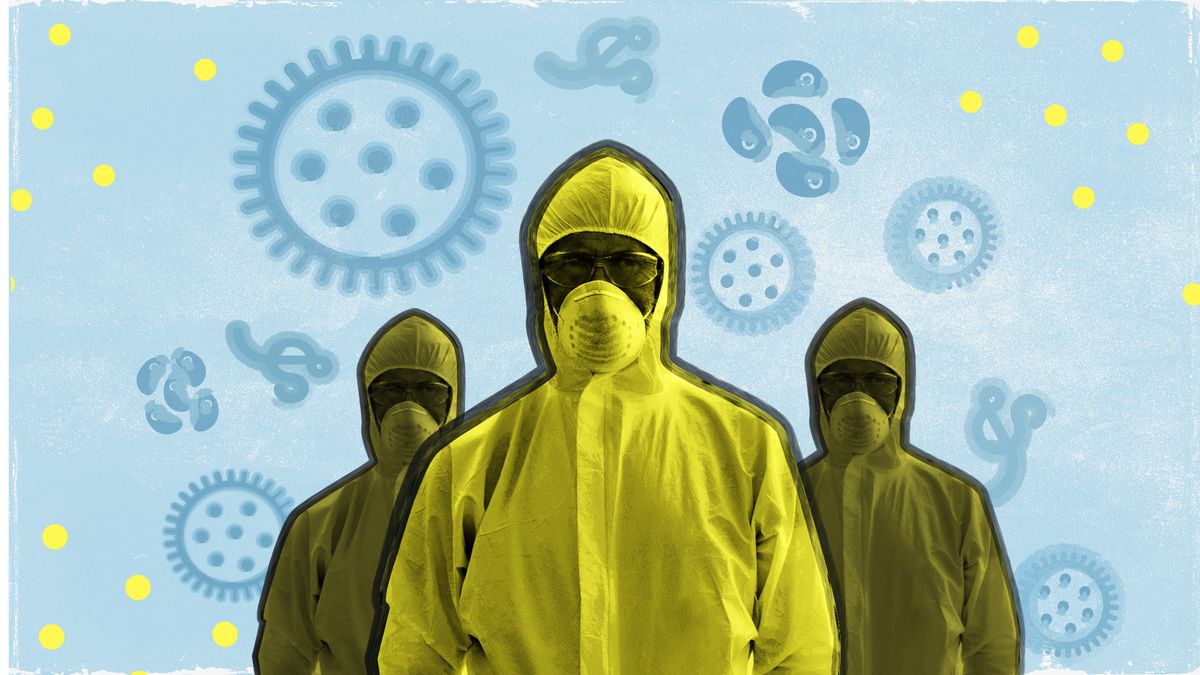 “In the previous epidemics, which turned out to be duds—West Nile, SARS, bird flu, Swine Flu, MERS, Zika, Ebola—there were people claiming the virus had been diabolically weaponized, it was spreading unchecked, and THIS WAS THE BIG ONE. If they had been right, we would not be here to discuss epidemics. We would all be dead. Of course, this history of duds gives these doomsayers no pause at all. They keep predicting THE END. They have miraculously short memories.” (Jon Rappoport, The Underground)

I’ve been investigating and writing about fake epidemics for over 30 years. One of my prime strategies: were there hidden and unreported causes that would explain people’s symptoms and illnesses—causes having nothing to do with viruses? I found them. “The virus” turned out to be a convenient and very effective cover story that would obscure the true causes that important forces wanted to hide.

So I began looking into Wuhan, the center of the current “coronavirus epidemic.” I was particularly interested in the one symptom that was slightly different from the typical flu symptoms from past fake epidemics: the emphasis on lung problems and pneumonia.

Here is what I’ve found out so far.

First of all, Wuhan, a city of 11 million, is called “the Chicago of China.” It is both an economic juggernaut and a transportation hub—railroads, roads, highways connecting travelers to other Chinese cities.

Several sources list the annual GDP of Wuhan at a staggering $220 billion dollars.

230 foreign Fortune 500 companies have offices in Wuhan and do business there. All in all, 80 foreign countries are funding companies in the city.

The Chinese New Year is now underway. It lasts from January 25 to February 10. During this period, Chinse people travel. They journey far and wide. In fact, this is the largest annual human migration on the planet. We’re talking about hundreds of millions of people on the move. So it’s a devastating coincidence (?) that now there would be an epidemic and a massive lockdown of Chinese cities and transportation. Along with stopping people from moving around, enormous amounts of money are being lost because tourist consumers can’t go on the road and spend money. This might be called a clue. It would require much investigation. Is someone intentionally torpedoing the Chinese economy?

Then there is this, from Bloomberg News, “China Wants Activists to Stay Out of Its War on Pollution. Citizen activism in the mold of Greta Thunberg is all but taboo in the world’s biggest polluter,” January 23, 2020:

“When Premier Li Keqiang declared a ‘war against pollution’ in 2014, a few hundred residents of the city of Wuhan in central China took it as a cue.”

“They printed Li’s words on a six-meter (20 foot) banner and protested outside a foul-smelling incinerator plant they feared was causing illness in the community. Buoyed by the conviction they were answering the leadership’s call, the residents were instead harassed by local police officers who tore down the sign and trampled on it.”

“’We were worried and angry when we realized what was causing the stench and making our kids sick’, said Zhang Xijiao, 44, who was detained for a week for making the banner. ‘But we are like ants, the local government can crush us as they please’.”

“Ren Rui, 40, quit her apartment in 2017 after her son developed a lung condition that required repeat surgery. She said smoke from the plant would blow her way under certain conditions. She tried to rent it out, ‘but no one wants to move here. Sometimes my mood depended on the direction of the wind,’ said Ren. Despite the financial pressure since, ‘I never regretted moving away’.”

Let’s move on to another description of Chinese protests—in Wuhan.

“…Recent weeks [in Wuhan] have seen major protests there — in themselves a rarity in China — over plans for a new garbage incineration plant.”

“Holding banners with slogans such as ‘we don’t want to be poisoned, we just need a breath of fresh air,’ thousands [!] of people took to the city’s streets over two weeks in June and July calling for the suspension of plans to build the plant.”

“’We are fearful that the plant is too close to residence area,’ one protester in the city of 10 million people told state media. Others expressed concern that emissions could worsen air pollution and harm residents’ health.”

“Local officials were apparently surprised by the scale and size of the protests, which came after several similar waste plants were reportedly found to be giving off dangerous emissions. Photos and videos shared on social media showed large crowds marching in the streets near where the plant was to be built, and police arresting numerous protesters.”

“The government has since suspended building of the plant, which locals said had halted protests, but a heavy police presence remains in the city where the situation is tense.”

“Public pressure has been the driving force of pollution policy in China, and it shows no sign of letting up.”

“In 2016, protesters took to the streets of Chengdu wearing face masks to demand action to tackle smog, while other demonstrations have targeted power and chemical plants in Sichuan, Jiangsu and Heilongjiang provinces in recent years.”

“The Chinese government is highly sensitive to the threat of protests like those in Wuhan, with the shadow of the 1989 Tiananmen massacre looming large. Calls for collective action are among the most censored subjects online, and people organizing protests or working for civil society groups can face harassment and imprisonment.”

In other words, protests against pollution in one Chinese city can inspire protests in other cities. A very dangerous situation for the Chinese government. Furthermore, it is generally acknowledged that official and corporate reports on pollution levels are being faked, to make “dangerous” into “healthy.”

“At about 2 a.m. local time Monday morning, a dense smog began to cover the province. By early afternoon, it reached its peak density in the land-locked city of Wuhan itself…The demonstrable danger is to lungs and bloodstreams.”

“The foul air of dozens of fast-expanding cities across China contains cocktails of toxic contaminants unprecedented in the range of pollutants they contain at high concentrations. Now, new research into these swirling maelstroms of gases and tiny particulates suggests that they may be incubating chemical reactions that compound the health effects in ways not seen before – effects that doctors say are cutting five years off the expected lifespan of half a billion people in northern China…China has the world’s most dangerous outdoor air pollution.”

“Three other cities listed as regularly suffering dangerous levels of four or five of the pollutants are Jining, also in Shandong, Wuhan in Hubei province, and Jiayuguan and Jinchang in Gansu. None of the seven appear in the lists of the ten most polluted Chinese cities published by the WHO or Chinese environment ministry.”

“All the five major pollutants in smogs – SO2, NOx, ozone, PM10 and PM2.5 — are known to be linked individually to increased risk of strokes, heart disease, lung cancer and asthma, and to rising hospital admissions and death rates during smogs. What is disturbing is that there is growing evidence of synergistic effects between these different pollutants that make the whole worse than the sum of the parts.”

Lung disease—and no need to invoke a virus to explain it.

We have two major clues here. One, the distinct possibility of an economic warfare attack against Wuhan and, during the Chinese New Year, against all of China. And two, the use of a coronavirus cover story to obscure huge pollution dangers and put down protests against that pollution, through mass lockdowns and quarantines.

“It’s all about the virus and nothing else.” How many times have I seen that cover story deployed?

Too many times to count them. Wherever in the world you would see extraordinary chemical pollution, grinding poverty, war, starvation, lethal dehydration, absence of basic sanitation, overcrowding in cities, horrendously contaminated water supplies, corporate takeover of farm land from the people, the highly destructive use of vaccines and toxic medical drugs and pesticides—you see a conscious and sustained effort to CONTROL the weakened population—and you will find the virus cover story publicized to the sky as the explanation for suffering, illness, and death.