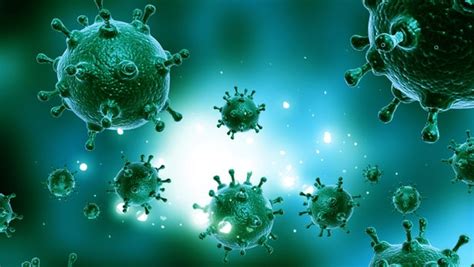 Study from the ISME journal (2018) finds that our planet receives “significant downward fluxes of bacteria and viruses from the atmosphere” and they “may have effects on the structure and function of recipient ecosystems.” Research suggests that “Rather than being a negative consequence, this deposition provides a seed bank that should allow ecosystems to rapidly adapt to environmental changes.”

Viruses are by far the most abundant microbes on the planet, with estimated 1030 virus particles in the oceans alone [1]. They encompass much of the biological diversity on the planet, catalyze nutrient cycling, and affect the microbial makeup of communities through selective mortality [2, 3].

Despite the high genetic diversity within viral communities, the observation has been repeatedly made that identical or nearly identical virus sequences can be found in widely separated environments that are environmentally very different [4, 5].

The explanations for these observations are (1) that closely related microbes that can serve as host cells for these viruses must live in very different environments, (2) that the viruses must have very broad host ranges that allow them to infect distantly related hosts, or (3) that the dispersal of some viruses is so high that they are distributed globally.

Although there is theoretical [6] and empirical [7, 8] evidence of viral dispersal at the Earth’s near-surface, there are no data that quantify the magnitude of this dispersal for the free troposphere.

In general, there is an altitudinal gradient of bacteria with higher concentrations in the near-surface air of polluted areas, and lower, but more uniform concentrations at high-altitude sites in the free troposphere [9]. Similar studies have not been performed for viruses.

The atmospheric boundary layer delimits the part of the troposphere directly influenced by the Earth’s surface. The height of this layer is a key boundary to discriminate between local and long-range atmospheric deposition.

Read the full paper at www.nature.com