Warning of grave danger to life due to the mass 5G roll out is issued by Dr. Martin Pall, Professor Emeritus of Biochemistry and Basic Medical Sciences at Washington State University. Real risk of fires, organ damage.

Professor Pall, is a widely cited scientist on the biological effects of electromagnetic fields and a leading expert in how wireless radiation impacts the electrical systems in our bodies, He warns:

“I predict that many organisms will be much more impacted than we will. This includes insects and other arthropods, birds and small mammals and amphibia. It includes plants including even large trees, because trees have leaves and reproductive organs that are highly exposed. I predict there will be major ecological disasters as a consequence of 5G  ….. This will include vast conflagrations because EMF exposures make plants much more flammable.

In a world where shocking behavior has become less and less shocking, I consider EU and U.S. views and actions to be shocking. The U.S. situation is mass insanity. I would have hoped that the Europeans, who think of themselves as being much more thoughtful than Americans, would have been genuinely more thoughtful.”

Professor Pall has published 7 studies showing there exists exquisite sensitivity to electromagnetic fields (EMFs) in the voltage sensor in each cell, such that the force impacting our cells at
the voltage sensor has massive impact on the biology on the cells of our bodies.

Professor Pall also offers a 90 page, seven chapter document on EMF effects, how they are produced in the body and the corruption of the international science:

Chapter 7 from the book:

Chapter 7: The Great Risks of 5G: What We Know and What We Don’t Know ( See the book for references)


We have already discussed two issues that are essential to understanding 5G. One is that pulsed EMFs are, in most cases, much more biologically active than are non-pulsed (often called continuous wave) EMFs.

A second is that the EMFs act by putting forces on the voltage sensor of the VGCCs, opening these calcium channels and allowing excessive calcium ions to flow into the cell. The voltage sensor is extraordinarily sensitive to those electrical forces, such that the safety guidelines are allowing us to be exposed to EMFs that are something like 7.2 million times too high.

We can be assured, therefore, that 5G will involve vastly more pulsation than do EMFs that we are currently exposed to. It follows from that, that any biological safety test of 5G must use the very rapid pulsations including whatever very short term spikes may be present, that are to be present in genuine 5G.

There is an additional process that is planned to be used in 5G: phased arrays (https://en.wikipedia.org/wiki/Phased_array).

Here multiple antenna elements act together to produce highly pulsed fields which are designed for 5G, to produce increased penetration. 5G will entail particularly powerful pulsations to be used, which may, therefore, be particularly hazardous.

The only data we have, to my knowledge, on millimeter wave frequencies of 5G used non-pulsed EMFs in the millimeter frequency range of 5G, not genuine 5G. Such millimeter waves have been shown to produce a number of downstream effects of VGCC activation.

One millimeter wave study showed that it activated both the VGCCs and also the voltage-gated potassium channels, suggesting that it worked via the voltage sensor, as do other EMFs [136]. Any such data tells us almost nothing about how biologically active genuine very highly pulsed 5G will be.

I take it that from their statements, that both Mr. Ryan and Dr. Vinciūnas are ready to put out 10s of millions of 5G antennae to afflict every single person in the EU with 5G radiation without even a single biological test of safety of genuine 5G.

Why does 5G need such high numbers of antennae? It is because the 5G radiation is much more absorbed as it enters various materials. The approach is to use many more antennae with one found every few houses, such that 5G can sufficiently penetrate local walls. Such absorption usually involves the interaction with electrically charged groups, such that such high absorption is likely to involve placing forces on electrically charged groups.

Because such forces are the way in which EMFs activate the VGCCs, it seems highly likely, therefore, that 5G radiation will be particularly active in VGCC activation.

In summary, then, 5G is predicted to be particularly dangerous for each of four different reasons:

4.The apparent high level interactions of the 5G frequency on charged groups presumably including the voltage sensor charged groups.

Now what the telecommunications industry argues is that 5G radiation will be mostly absorbed in the outer 1 or 2 mm of the body, such that they claim that we don’t have to worry about the effects. There is some truth to that, but there are also some caveats that make any conclusions made from that, much more suspect. In any case, these surface effects of 5G will have especially strong impact on organisms with much higher surface to volume ratios.

Consequently, I predict that many organisms will be much more impacted than we will. This includes insects and other arthropods, birds and small mammals and amphibia. It includes plants including even large trees, because trees have leaves and reproductive organs that are highly exposed. I predict there will be major ecological disasters as a consequence of 5G. 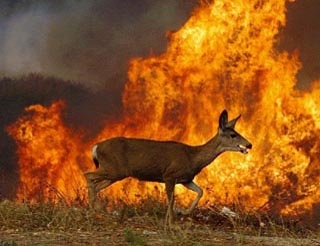 This will include vast conflagrations because EMF exposures make plants much more flammable.

But let’s get back to humans. The industry has also made claims that more conventional microwave frequency EMFs are limited in effect to the outer 1 cm of the body. We know that is not true, however because of the effects deep in the human brain, on the heart and on hormone systems.

Perhaps the most important two studies demonstrating effects deep within the body are the studies of Professor Hässig and his colleagues in Switzerland on cataract formation in newborn calves [137,138]. These two studies clearly show that when pregnant cows are grazing near mobile phone base stations (also called cell phone towers), the calves are born with very greatly increased incidences of cataracts.

The claims of industry that microwave frequency EMFs only act in the outer centimeter of the body are clearly false.

How then can both conventional microwave frequency EMFs and 5G radiation act deeply within the body? You may correctly observe that the electrical effects of the EMFs activate the voltage sensor and that the direct electrical forces are rapidly attenuated in the body. So how can we get deep effects?

I think the answer is that the magnetic parts of the EMFs have been known for decades to penetrate much more deeply than do the electrical parts. 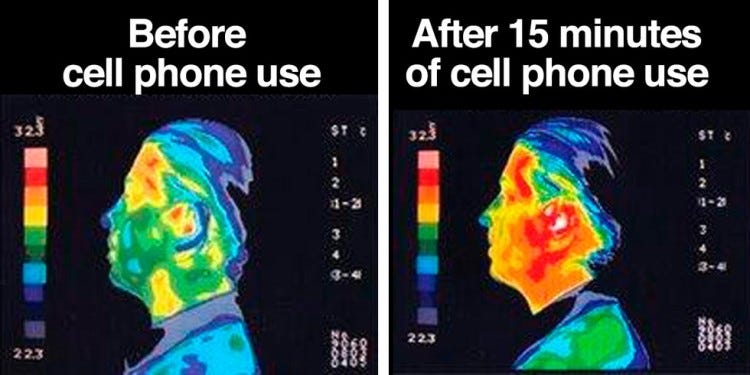 The magnetic fields put forces on mobile electrically charged groups dissolved in the aqueous phases of the body and small individual movements of the charged groups can regenerate electric fields that are essentially identical to the electric fields of the original EMFs, carrying the same frequency and same pulsation pattern, although with lower intensity. An example of this is given in the Lu and Ueno [139] study.

Because the voltage sensor is so stunningly sensitive to electrical forces and part of the reason for that is the very high level of amplification of the electrical field across the plasma membrane, we have an almost perfect way in which to produce EMF effects deeply within our bodies.

I am very concerned that 5G may produce effects like those we already see produced from lower frequency EMFs but are much more severe. I am also concerned that we will also see responses that are qualitatively different.

Let me give you three possible examples of the latter type and one quantitative example. Each of the four types of blindness, have downstream effects of VGCC activation as causal factors: cataracts, detached retinas, glaucoma and macular degeneration. The aqueous and vitreous humors in the eye may be an ideal environment for the regeneration of the electrical fields within the eye. 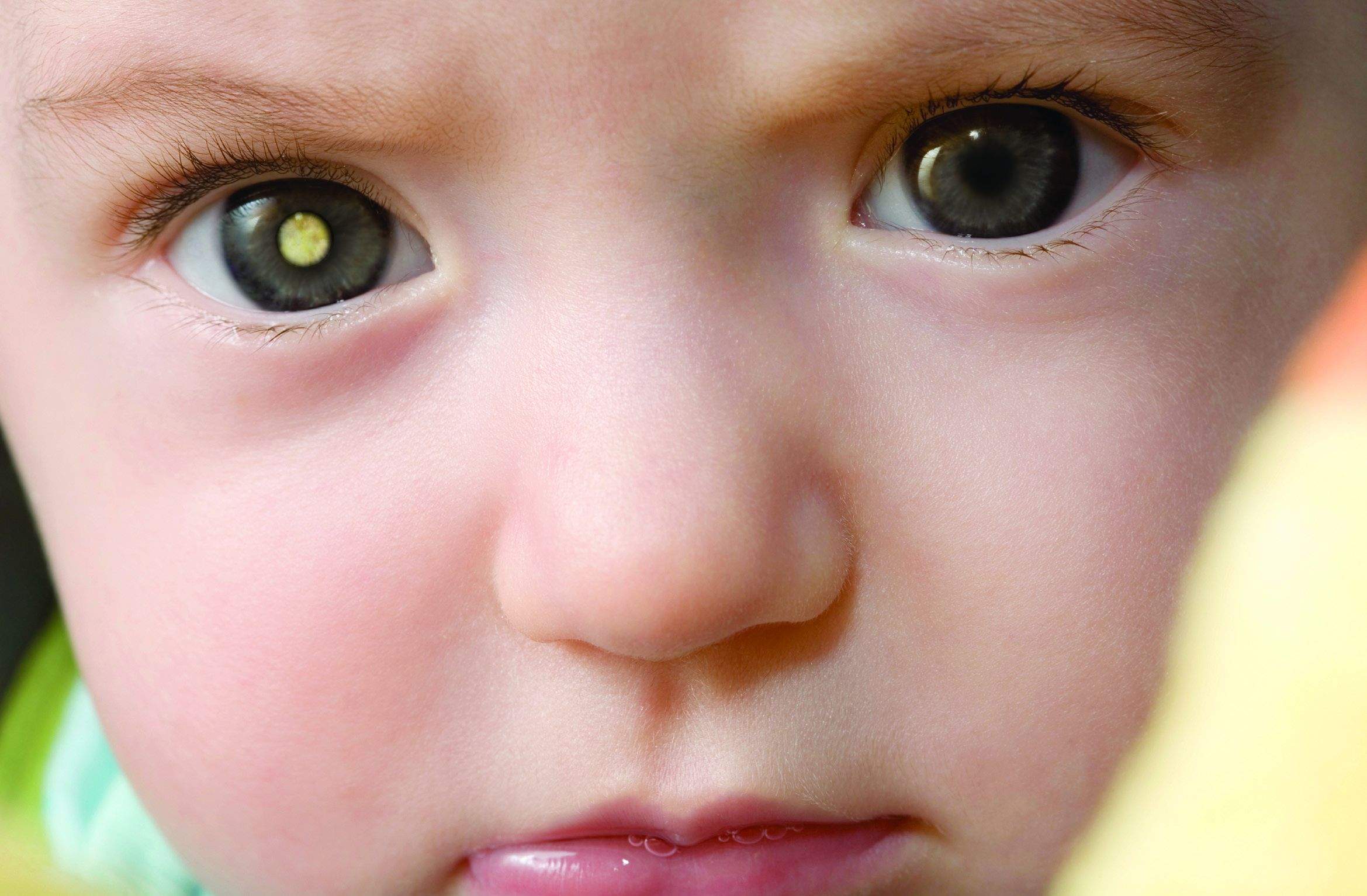 We may, therefore have a gigantic epidemic of each of the four types of blindness. Another concern focuses on kidney dysfunction, which was shown in Chapter 5 to be impacted by EMFs. The kidneys have much fluid, both blood and also what will become urine, which may allow efficient the regeneration of electrical fields. Such regeneration may be expected to impact both the glomerular filtration and also the reabsorption, both essential to kidney function.

Does this mean that 5G will produce very large increases in kidney failure? The only way to find out is to do biological safety testing of genuine 5G radiation. Let me give you a third example. Fetuses and very young babies have much more water in their bodies than do adults.

Therefore, they may be a special risk for impacts of 5G, because of great increases in the regeneration of the electrical fields. Here one can think of all kinds of possibilities. Let me suggest two. We may have a gigantic (sorry about using that word again) epidemic of spontaneous abortion due the teratogenic effects.

Another possibility is that instead of autism being one birth in 38, however horrendous that is, it could be one out of two, or even a majority of births. I don’t know that these will happen, but these are the kinds of risks we are taking and there are many others one can think of. Putting in tens of millions of 5G antennae without a single biological test of safety has got to be about the stupidest idea anyone has had in the history of the world.

This brings us back to the earlier point. The only way to do 5G safety testing is to do genuine 5G biological safety testing. I have published on how this can be done relatively easily at relatively low cost and have, as you saw in the Chapter 6, told the FCC how this can be done. Those tests must be done by organizations completely independent of industry and that leaves out both ICNIRP and SCENIHR and a lot of other organizations.