To Radiate or Absorb? All objects above absolute zero radiate energy and all objects absorb radiated energy. Why? How? All objects have electrical fields (see my article in PSI “The Neutron Molecule”.

For those who believe in quarks remember Occam’s razor. When an object moves that field causes a change in the electric/magnetic field radiating energy.

The changing electric/magnetic field transfers energy to other objects (with less energy) and is converted into kinetic energy. You have the dichotomy of radiated energy producing kinetic energy which then produces radiated energy. Since objects radiate energy in all directions equally how can it reach equilibrium with an object radiating energy to it from one direction?

The answer to these questions lies in the nature or radiated energy and how it is transferred between objects. There is no photon. The photon, or particle nature of light, was created in order to treat radiated energy like the familiar kinetic energy but there is no similarity between them. Light or radiated is a wave, or disturbance, traveling in the fields that surround objects and are produced by objects.

The universe is made from two things: matter and energy-t (to distinguish it from the energy of motion of objects). These two building blocks produce field of force radiating from them that decrease with distance.

Matter produces positive and/or negative electric fields. Energy-t produces gravity and magnetic fields. (Magnetic fields are a directional energy-t field while gravity is an expanding energy-t field. Gravity decreases with the square of the distance as it expands to fill increasing area while magnetism decreases with distance just like a spotlight where mirrors direct all the emitted light in one direction (See my article in PSI “An Experiment With Magnets”)

The two forces have opposite actions. When two magnets with opposite poles are attracted towards each other the strength of the force and the size of the field increases as they combine to form a larger magnet. (Gravity causes objects to combine into a larger object with a greater gravitational field.)

When oppositely charged proton and electron are attracted towards each other the strength of the fields and the size of the fields decrease as they form a neutron molecule.

Energy-t tries to combine objects into larger objects while the negative field of matter keeps objects as separate entities. As the force from energy-t pulls objects closer, the repelling electric field from matter increases, keeping them apart.

When an increase in the energy field occurs it sets up an oscillation where the resulting increase in repelling force from matter pushes back. This is how radiated energy works.

To understand how radiated energy interacts with matter we will use a molecule containing two atoms (diatomic molecule). The model for the molecule is two donuts connected by a flexible and stretchable bond that allow the molecule to flex and the atoms to move closer and further apart. 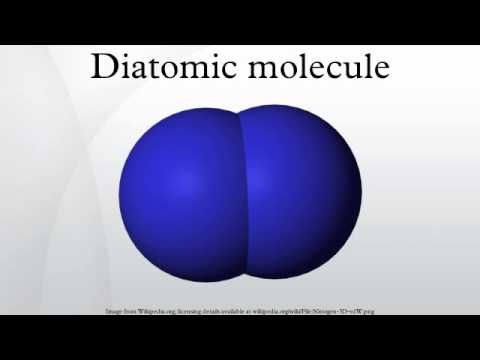 The atoms are held together by the force of energy-t. In a two atom molecule the atoms spin in opposite direction. This means that if there where are eight or fewer electrons in the outer orbits of the two atoms (Because atoms are formed from the combination of energy-t and matter the matter is contained in an equatorial disk just like a solar system or galaxy, not shells.) the electrons would mesh like gears allowing the energy-t force to pull them closer forming a stable molecule.

If there is a flexing of the molecule at the bond, the motion of the atoms will create a disturbance in the surrounding fields radiating energy to it. If there is a disturbance in the surrounding fields that allows a negative wave peak over the bond and a more positive wave peaks over the center of the atoms it will cause a flexing of the molecule and transfer energy to it.

It is the length of the bonds and the number of bonds that determine what energy a molecule can absorb and what energy it radiates. A molecule with multiple bonds can absorb short wave lengths (matching the bonds in it) and convert them into longer wave lengths as the absorbed energy is distributed to the entire molecule.

A molecule can absorb and radiate energy of the same wave length so what determines if energy is absorbed or radiated?

If two electrons are removed from the oxygen atom and it is propelled in front of the sensor with a speed of x and energy of E, the sensor will absorb more energy and register a greater change in the electric field.

When the amplitude of the waves in the field and the flex of the molecules bond are the same no energy will be transferred and equilibrium will be established.

This is how radiated energy works and why the speed of light is not constant but varies with the strength of  the energy-t field.