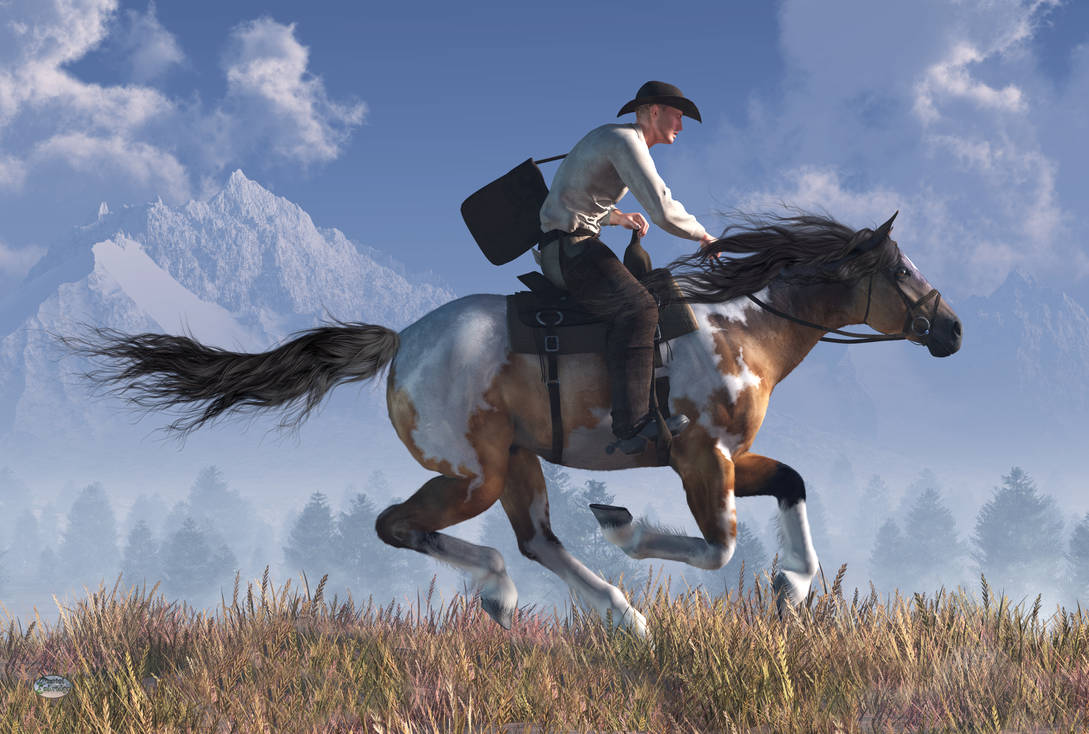 For my Dear Readers who may not have heard of the Moose Express, it’s the northern equivalent of the famous Pony Express, a top-speed transcontinental delivery service of news between the continent’s east and west coast communities.

It had its heyday in the early 1860’s before it got overtaken by the much faster (and cheaper) transcontinental telegraph system, as pioneered by Samuel Morse (1791-1872).

Of course, if you don’t live “in the fast lane” and don’t require immediate information on the latest accident, conflict, disaster, fashion, politics, etc., perhaps you can live just as happily with getting your news by the Pony Express (now well past its “best before” date) or the Moose Express (ME).

To fully understand the benefits of the ME, let me mention some of the unique traits of this giant of the northern landscape.

The moose (please note, the plural is moose as well, NOT meese), is found throughout suitable habitats in the northern hemisphere, on both the North American and Eurasian continents. Their preferred habitat is a mix of forest and open area, with lots of shallow ponds, “swamps” and wetlands.

The moose’s natural splaying of their hooves on soft ground lets them traverse such terrain with ease. They also quite readily swim across expanses of water and, with their long white legs, can walk across deadfall and other obstacles commonly found in the boreal forest environment. In simple words, the moose are well adapted to life in this wet and dry habitat, both in cold winter and hot summer periods.

Of course, it’s not always a “life of riley,” anytime and anywhere, even for moose in a perfect habitat. The northern climes have their own “pests” that can make life miserable, even for moose. Apart from  predators like bears, coyotes and wolves, when plentiful, in late spring, or early summer, mosquitoes, black flies, and similar small insects that can drive anyone crazy, also moose. I’ve had my share of such experiences.

However, when the long summer days turn into crisp fall nights, the moose get going. That’s the rutting season and you better hope not to be looked at by a big bull moose as a potential competitor for the favors to be dispensed by that nearby cow moose. When these bulls start rolling their eyes, it’s high time to high-tail it. Though quite cautious and evasive at most times, in the rutting season the bulls act first and ask questions later.

For many years in the early 20th century, several groups in Russia tried moose domestication, breeding and training moose as pack animals and to draw sleighs across the frozen landscape. It never became a great hit. 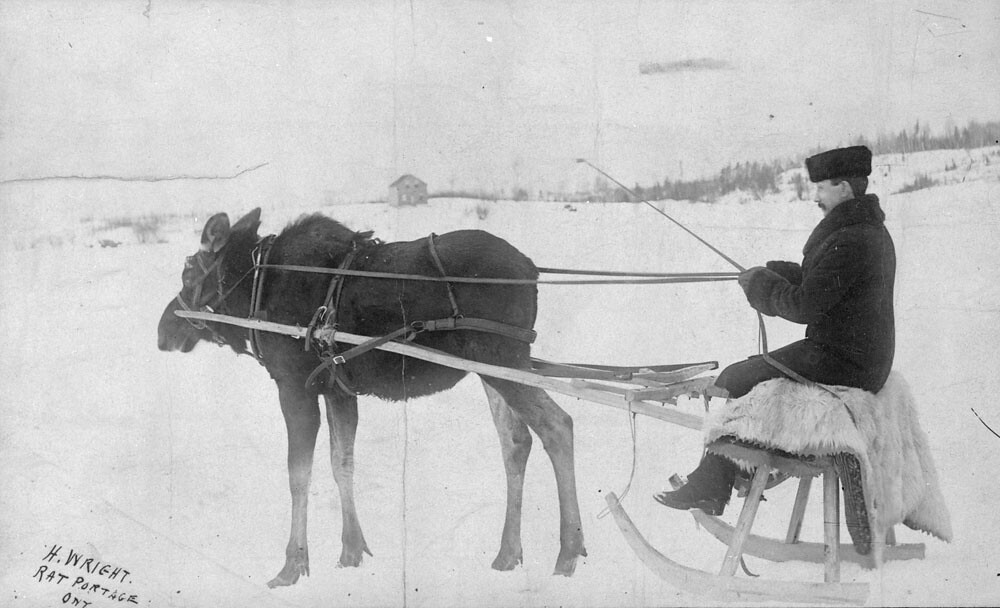 The reason for that, I surmise, was more the unique biology of moose and not their resistance to domestication per se.  Simply, moose need to browse for several hours every day. And their preferred fodder is small twigs from various deciduous plants. Then they need to rest and “chew the cud” via several stomachs to extract the energy from that woody material. For that reason also, you’ll find little if any fat on a moose, ever.

To my knowledge, no similar attempts were ever taking place on this continent and the Moose Express is just a figment of my imagination. But there is a new kid on the block that I dubbed:

Russia has found another way of traversing the vast Siberian landscape, at much higher speeds, namely railway connections that now link western European sea ports with manufacturing places in the Far East, including China. Already in 2005, the then existing  rail systems allowed approximately three-week delivery times between the east and west end-points of that route, versus five weeks for the  fastest sea routes. Even more speedy movement of goods is anticipated with faster trains on additional high-speed tracks. 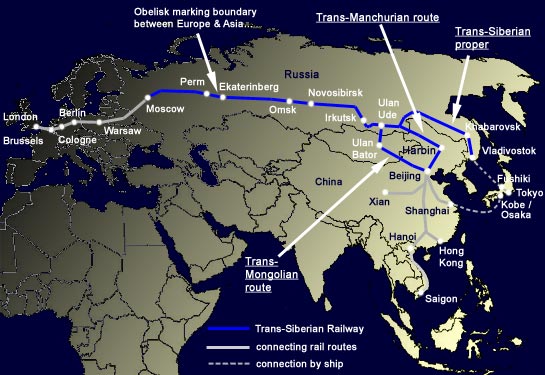 It’s a new kind of Moose Express, commonly known as the Trans-Siberian Railway system — definitely much faster than the moose-drawn sleighs.