The element fluorine (with the chemical notation “F”) is in the crosshairs of many do-gooders these days.  That isn’t new but appears to have recently gained momentum.

For example, the Society of Environmental Toxicology and Chemistry (SETAC), has recently called for a scientific meeting on the “Environmental Risk Assessment of PFAS,”  to take place at Durham, NC, on Aug. 12-15, 2019.

The EPA’s current PFAS Research list (as of July 2019) comprises 165 of such chemicals. Of course, that’s only a small fraction of natural and synthetic organic chemicals, i.e. substances that contain carbon-to-fluorine bonds. My own list, based on TerraToxTM databases covers more than 8,000 of such compounds.

PFAS stands for “per- and/or poly-fluorinated alkyl substances,” like perfluorooctanesulfonic acid (PFOA) and another hundred of mostly synthetic chemicals that contain the element fluorine bound to a carbon atom. Some of such fluoro-compounds are actually occurring in nature, including plants and marine organisms.

What’s critical in understanding the chemical jumbo-mumbo is the differentiation between the many different compounds, specifically their toxicological and environmental effects. In fact, there is hardly an element in nature that could be more widely misunderstood than “fluorine” in its effects as element and its numerous derivatives on living organisms.

Let’s look at some of those fluorine-containing materials in more detail.

The element fluorine was discovered by the French chemist Henri Moisson (1852-1907), who received a Nobel Prize for the isolation of this highly reactive element in 1906. In fact, the Nobel Prize laudatio stated “… the whole world has admired the great experimental skill with which you have studied that savage beast among the elements.” Moisson, by the way, had a penchant for “unusual” chemistry. Apart from isolating the element fluorine, he did synthesize a whole slew of other materials, some of which have also become of great importance many years later. More on that at another time.

It’s no surprise then that in nature, except, possibly, for some trace amounts emanating from volcanoes, elemental fluorine is not found. Fluorine’s most common natural occurrence in rocks is in form of the mineral Fluorite (calcium difluoride) and in our bodies, specifically in teeth as Fluoro-apatite, a calcium-fluoride-phosphate mineral. That makes up the outer shell of teeth that’s harder and hence more resistant to abrasion than the softer, inner Hydroxy-apatite that makes up most of a tooth’s mass. Those apatite minerals are all inorganics that do not contain carbon-fluorine bonds. 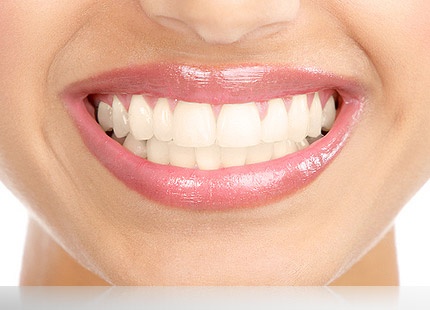 However, there also are naturally occurring chemicals with carbon-fluorine bonds. Examples of such are monofluoroacetic acid (CAS 144-49-0) that is found in the South African plant ‘Gifblaar’, Dichapetalum cymosum (Dichapetalceae) and 5-fluorouracil (CAS  51-21-8) that has been observed in the sponge Phakellia fusca from China, at least one of them quite toxic to mammals.

My own list of such includes some 8,000 individual substances and that’s only from skimming the chemical universe. That list, however, includes some very important chemicals. For example the FreonTM materials, i.e. fluorine-substituted methane or ethane derivatives that were superior refrigerants that became widely available in the mid-20th century and quickly replaced the then common refrigerants ammonia and carbon dioxide.

Another “organo-fluorine” material of widespread use is TeflonTM, a very useful material for many purposes. For example, you may have some Teflon tape to lubricate and/or seal metal threads.

That list of “organo-fluorine” compounds (i.e. materials with carbon-fluorine bonds) also comprises some 200 herbicides, 200+ chemicals with insecticidal and/or acaricidal effects, one lampricide (TFM, used since the 1950’s every year in substantial quantities to fight the invasive sea lamprey (picture, below) in the Great Lakes under the auspices of the Great Lakes Fisheries Commission), 5,000 chemicals that have some sort of beneficial effects on humans (“drugs”), 40 textile and leather modifying substances, plus assorted chemical intermediates, byproducts, and so forth.

You may ask – with good reason—why so many “drugs” contain that element. The answer is simple and twofold: For one, the carbon-fluorine bond is quite stable, not readily broken by mammalian enzymes, and two, the carbon-fluorine bond imparts very specific electronic influences on a molecule. That effect helps to maximize the (beneficial) effects of many of such materials towards the intended medicinal target.

For several decades now, fluorine containing substances, like PFAS, were used in the treatment of textiles and leather as water and stain repellants. PFAS and related substances are in the forefront of that. Your water repellent textiles most likely were treated with such materials.

So, what’s the Concern?

Actually, I’m not sure!

The simple fact that they have been observed at miniscule levels in blood and other samples does not make them automatically suspect of being able to cause any harm. Not only can modern analytical methods detect extremely low traces of such materials in a variety of samples, the widespread use of “breathing” and simultaneously water repelling textiles from the tropics to the most poleward latitudes makes the PFAS compounds nearly ubiquitous. Not surprisingly then, trace components can be found near any settlement where people use such textiles in their daily life. Wikipedia states that “Advances in analytical chemistry in recent years have allowed the routine detection of low- and sub-ppb (less than one part per billion) levels of PFOS in food, wildlife, and humans.”

For example, in terms of the toxicological relevance, the levels of one of the mostly frequently mentioned PFAS materials, namely perfluorooctanoic acid (PFOA; CAS 335-67-1) that are observed in environmental samples were mostly at concentrations of two parts per million, approximately two orders of magnitude below acute toxic effects (https://chem.nlm.nih.gov/chemidplus/rn/335-67-1) but  several orders of magnitude higher than the prescribed  limits which are in the sub-part per billion range. Despite that, to my knowledge, no adverse effect has ever been observed that could be linked to PFOA and/or PFAS materials’ presence in such environmental samples.

In my opinion, the “fluorine conundrum” clearly requires additional measurements of the toxicological effects and reliable environmental data of all individual PFAS components, before any wholesale “persecution” of all things “fluorine.”

The “EPA’s Per- and Polyfluoroalkyl Substances (PFAS) Action Plan“ of February 2019 (a 72-page document) describes at length the intended research. The coming SETAC workshop is similarly intended to find direction for research and assessment.

You may wonder why, after 40 years of knowledge of the occurrence of trace amounts of PFAS substances in the environment, as Rebecca Hersher reports “Despite their ubiquity, however, scientists know relatively little about the health effects of most types of PFAS.”

I’d like to add here that, already in 1990, environmental scientist Rich Purdy, working then for the 3M company, reported his finding of PFAS materials at trace levels in the blood of eagles (presumably feeding on contaminated fish) near 3M’s plant near Decatur, Alabama.

And now, in 2019, EPA and SETAC are organizing a workshop to find out what kind of research on PFAS substances they ought to undertake.

What does the “P” in EPA stand for?

I wonder if the letter “P” in the acronym EPA stands for “procrastination?”

Alternatively, these PFAS materials, perhaps are truly benign to the environment and human health, sort of like the poly-tetrafluoroethylene compound, known and in worldwide use for around 80 years now under the tradename Teflon?