The Essence Of Identifying the ‘Climate Change’ Fraud

Greater than 94% of the energy contained within nitrogen and oxygen are unaccounted for by the ‘climate change’ narrative, informing us of the massive scientific fraud taking place, the purpose of the fraud to further weaken the West’s economies (see graph of atmospheric gases below, right).

Nitrogen and oxygen don’t absorb much infrared radiation (IR) emitted from the ground, and 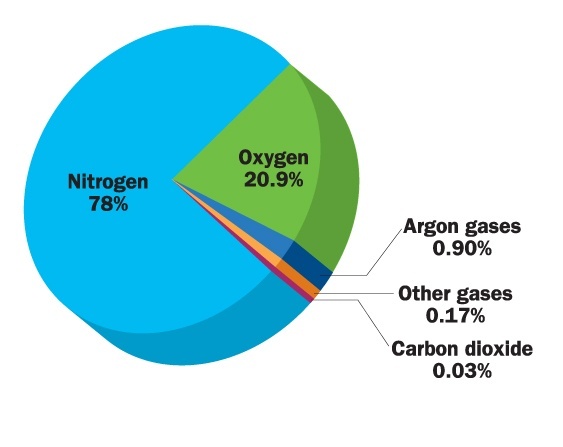 assuming they absorb 100% of thermal energy from the surface, constituting approximately 5% of Earth’s energy budget, we’re left with a massive energy deficit for nitrogen and oxygen.

This confirms that those two molecules derive their energy from thermal ground/ocean emissions instead.

But since the ‘climate change’ narrative identifies such emissions as not thermal but IR, we have proof that the energy being emitted isn’t IR but thermal because nitrogen and oxygen absorb a miniscule amount of IR.

I’ve asked NASA twice regarding the energy data discrepancy, but, naturally, there can be no reply, which is what I received…deafening silence.

My last comment, to which no reply is given:

“NASA Climate Change, hello out there! It’s been a week now and no reply! What’s the holdup? We need to know where nitrogen and oxygen obtain the vast bulk of their heat energy in the troposphere. It’s a simple question for NASA who has the answer at the mere tap of a computer key. Why is NASA shy?”

“Gases are easily compressed. We can see evidence of this in Table 1 in Thermal Expansion of Solids and Liquids, where you will note that gases have the largest coefficients of volume expansion. The large coefficients mean that gases expand and contract very rapidly with temperature changes.”