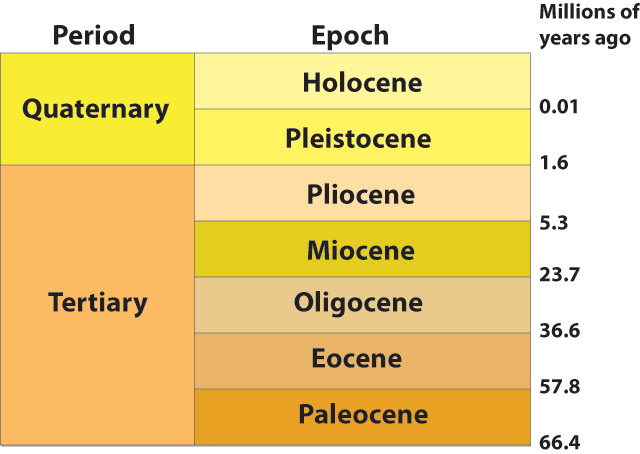 What a disaster; it ought to put a crimp on the assembled economic and political leaders’ annual confustications at the World Economic Forum (WEF) secretive meeting at Davos (Switzerland) this week. As participation is by invitation only and all speeches and discussions are strictly following the Chatham House Rules and hence are not made public, who knows what the future holds  – not that any meaningful summary has ever been communicated from that “skiing-fest” in the Swiss Alps.

It may be useful to look back at history, the long history of Earth, to get a glimpse of the future.

By most recent scientific accounts, the planet Earth has been 4,500 million years in the making. Even 1,000 million years ago, there may have been an “Ice Age” of sorts (see: Reusch’s Moraine). In any event, “climate” and “temperature” have never been the same, anywhere, for more than a few million years at a time.

It’s just the arrival of the human species (and its short memory) that makes us think that Earth was the “Garden of Eden” all the time.

The Garden of Eden

That biblical term describes a comfortably warm environment, with fruit-bearing trees and other plentiful nourishments, all around. Eve just needed to stretch out her hand to pluck a ripe apple from the tree in the garden. That biblical lifestyle ended at some point in time. With that came competition for resources, deceptions, wars and other mayhem. But let’s begin at a few million years earlier.

Perhaps you’ve heard of the Devonian Era, part of the Paleozoic Eon, in Earth’s history, lasting 60 million years or so and ending at about 360 million years ago. That was a time when the climate was warm and mosses and ferns appeared in great numbers. The Devonian and the following eras (Carboniferous and Permian) were times of great abundance in natural resources and new species development, especially so at the intersection of water and land. The end of the Paleozoic gave rise to the Mesozoic Eon.

A “rapid” rise in biodiversity developed with more species on land and in water that created an abundance of plant eaters. Eventually, that brought on the appearance of predatory creatures. Their motto was why chew on plants for hours a day if one could just kill one of those others critters and get all the energy and nutrients from a few junks of the others’ meat? The herbivores tried to get the upper hand by growing to massive sizes but the predators kept up by getting bigger, stronger, and more fleet-footed. Tyrannosaurs and cohorts ruled the world. It was akin to the modern arms race between the world’s superpowers.

The Garden of Eden had started to turn into a “catch-as-catch-can” world between the ancient behemoths. But even that “balanced” system of grazers and predators didn’t last forever. The Mesozoic Eon ended just like it started – with a bang, more aptly termed a mass-extinction event. Both wiped out a large percentage of the world’s species then. Some scholars think that only 5% of all species survived.

The physical evidence of this Mesozoic Eon terminating event is widely found in sediments all around the planet. There is an abrupt change in their composition that is marked by a thin layer of iridium-rich components. Iridium is a rare element on earth, chemically related to platinum. Its relatively high abundance in that boundary layer points to an extraterrestrial origin, like from one of the wayward pieces of rock that float around the inter-planetary and interstellar space. That “rock” is thought to have hit our poor Earth on the Yucatan Peninsula in Mexico. It must have had an enormous size and resulted in a 100 mile wide and 10 mile deep crater. That event ushered in the Cenozoic Eon.

It began around 65 million years ago and appears to be still ongoing. Earlier, still in the Mesozoic, the dinosaurs became really abundant. But they didn’t last for long, for only 100 million years. That big bang at the so-called K-Pg boundary did them in – all of them, the small, the tall, plant-eaters, and the predators. All of the physically large species vanished from the globe in a hurry. Only small creatures that could find refuge in caves, underground, and in water survived.

Then, at the very end of the Cenozoic Eon (lasting some 65 million years by now), roughly 500,000 years ago, another species appeared. You might say better late than never. Since that time, this new species, called Homo has conquered the entire globe and now is even setting foot on other heavenly bodies, like the Earth’s Moon and (soon ?? ) the planet Mars. Moreover, we have entered what I call the Davosian years. However, as I suspect, that period may last not much longer either.

Of course, the Davosian years are only a tiny blip in mankind’s short time of history. In geological time frames it may only be a “micro-second” or so. Still, the World Economic Forum pretends to be an important annual conclave, for nearly fifty years already. It started out as a small gathering in 1971 but has gained a formal status in 2015 under the Swiss Host State Act. Ever since, conventioneers (by invitation only) come together for their deliberations on whatever may concern them. From (one) Pope to Presidents, Prime Ministers, and other top echelons of today’s world, they feel happy and obliged to follow the call. Not this year though. The U.S. President, the French President, and the British Prime Minister have canceled their attendance.

It may not make much difference.

Besides, there is little obligation that we know of other than to enjoy that Swiss winter paradise.