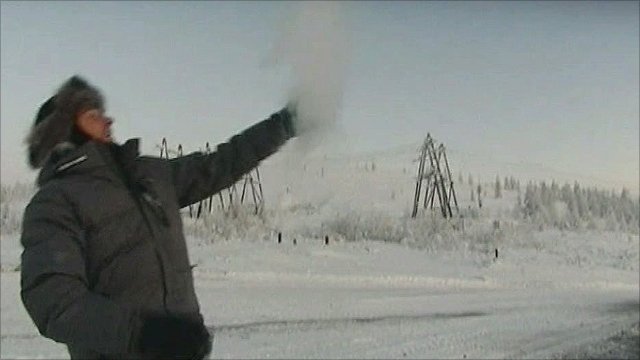 If you read the recent headlines about how Canada’s temperature is rising more than twice as fast as the average, you probably believed it, as I did at first, and concluded that Canada is facing a unique emergency.

But the same headline recently appeared for many other countries, all warming at twice the average: Australia, Finland, China, Sweden, Russia, Britain, all of Europe, Singapore and Japan.

How can all these countries be warming twice as fast as the average?

It brings to mind Garrison Keillor’s fictional Lake Wobegon, where “all the women are strong, all the men are good-looking, and all the children are above average.”

Surprisingly, these media stories are neither a joke nor a mistake. As I first learned from Prof. Ross McKitrick of the University of Guelph, they are a basically trivial fact, turned into a frightening story by deceptively vague language.

The CBC’s version of the story read: “Canada is, on average, experiencing warming at twice the rate of the rest of the world, with Northern Canada heating up at almost three times the global average, according to a new government report.”

Remarkably similar news appeared regarding Finland: “Finland is warming fast — faster than scientists ever predicted and at nearly twice the rate of any other country on Earth — according to new research from the University of Eastern Finland and the Finnish Meteorological Society.”

And there have been similar stories for several other countries. If you’re interested, just google these headlines:

Everybody, it seems, is warming faster than average.

Is all this just fake news? No, it’s all true. How is that possible? It’s possible because of the word “average.” The average referred to is the average temperature of the entire planet.

The assertion is not that any country is warming twice as fast as the average of every other country. Rather, it is that the country in question is warming faster than the average temperature of the entire planet.

But the entire planet is not just the land countries sit on, it is the land and the oceans. And, as we all learned in elementary school, the Earth is 70 per cent ocean.

Using the 70/30 ratio, combined warming has been 1.0 degrees C. If every country warmed at exactly the same rate they would all be warming at 1.8 times the global average.

But higher latitude regions warm faster than the tropics. With that adjustment for latitude, we can see that any country outside the tropics will warm approximately twice as fast as the (land and ocean) average of the entire planet.

All of these media stories convey the same political message: because the country in question is warming at twice the (unspecified) average, that makes it doubly urgent for it to cut its greenhouse emissions quickly, compared with all the other countries.

This politically manufactured emergency pressures frightened voters (and their even more frightened children) to accept whatever measures the government may propose to reduce CO2 emissions.

It also enhances the budgets and influence of the country’s environmental politicians and bureaucrats.

If we are really to have “evidence-based policies,” as the Trudeau government has so often proclaimed, we need an honest discussion of the evidence.

If governments want to use changes in average temperatures to justify higher carbon taxes and the like, they should tell us exactly what they mean by apparently simple terms like “average.”