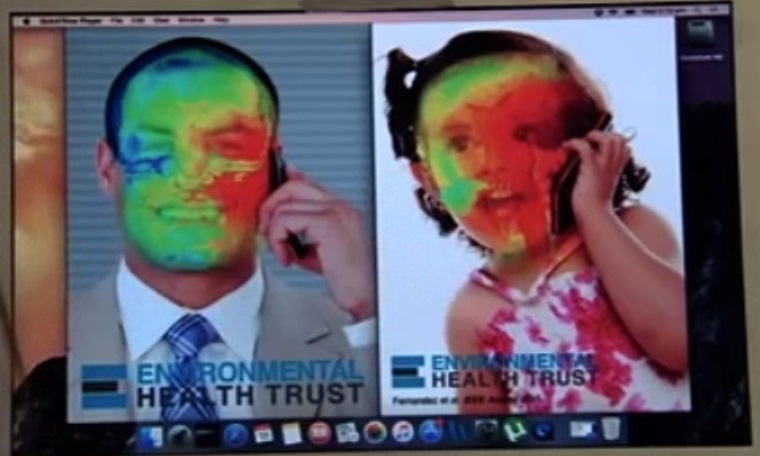 The Hebrew University of Jerusalem has discovered in a recent investigation that human skin acts as a type of receptor for 5G radiation, drawing it in like an antenna.

In case you haven’t noticed, tech industry fascists working in lockstep with corrupt governments all around the world are pushing really hard to get “super fast” 5G wireless technology fully and globally deployed over the next several years. But what they’re not doing is making any attempt whatsoever to prove that the technology is in any way safe.

The reason for this is that it isn’t. Five G technology, which will require cell towers every couple hundred feet in order to work, is perhaps the greatest technological fraud to date. It’s never been proven safe – and, in fact, has been shown to be threatening to the health of plants, animals, and humans.

“Today’s cellular and Wi-Fi networks rely on microwaves – a type of electromagnetic radiation utilizing frequencies up to 6 gigahertz (GHz) in order to wirelessly transmit voice or data,” explains the Environmental Health Trust (EHT) about the difference.

“However, 5G applications will require unlocking of new spectrum bands in higher frequency ranges above 6 GHz to 100 GHz and beyond, utilizing submillimeter and millimeter waves – to allow ultra-high rates of data to be transmitted in the same amount of time as compared with previous deployments of microwave radiation.”

What’s further disturbing about 5G radiation is how the human body responds to and processes it. Dr. Ben-Ishai from The Hebrew University of Jerusalem discovered as part of a recent investigation that human skin acts as a type of receptor for 5G radiation, drawing it in like an antenna.

“This kind of technology, which is in many of our homes, actually interacts with human skin and eyes,” writes Arjun Walia for Collective Evolution about the study.

“… human sweat ducts act like a number of helical antennas when exposed to these wavelengths that are put out by the devices that employ 5G technology,” he adds.

The U.S. military is also already well-versed in 5G technology, having long utilized it as a non-lethal form of crowd control. The same 5G wavelengths utilized in the military’s so-called Active Denial System, or ADS, are described as “weapons,” seeing as how they penetrate the top 1/64th of an inch layer of skin when directed at human bodies.

According to reports, ADS 5G is so invasive on human skin that it actually causes an intolerable heating sensation – this being the intended outcome in order to disperse a crowd, or to cause people to flee the area being targeted.

U.S., Russian, and even Chinese military forces all utilize 5G as a crowd control weapon, which bodes ominous for its eventual release into local communities all around the world. This is why many such communities are fighting back, as best they can, against this 5G onslaught that unfortunately appears to be an inevitable reality, despite how loudly the public says: no way!

“This technology is becoming ubiquitous in top world militaries, demonstrating how genuinely effective this radio frequency energy can be at causing harm to humans and anything else,” warns Terence Newton from Waking Times.

“The fight over 5G is heating up at the community level, and awareness of this important issue is spreading fast.”