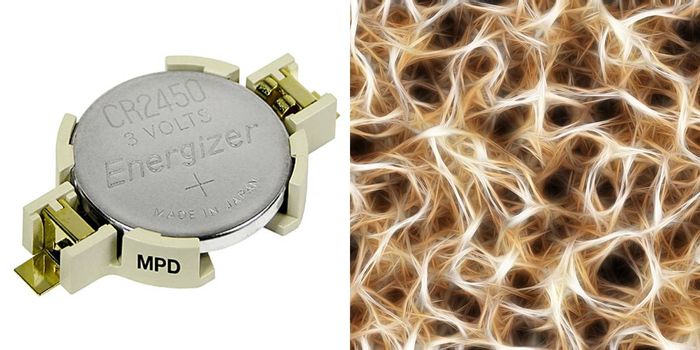 Lithium batteries have high energy storage capacity, but sometimes they have unexpected failures and can even cause a fire.

A team of scientists at the Department of Energy’s Pacific Northwest National Laboratory (PNNL) demonstrated for the first time how dendrites and whiskers — destructive, crystalline structures formed by lithium ions come into existence inside a battery.

It should be noted that lithium metal batteries and lithium-ion (Li-ion) batteries, though share similarities, aren’t the same thing. The former are non-rechargeable cells that use lithium metal as the anode. The latter are rechargeable and rely on the flow of lithium ions between the anode and the cathode to store and discharge electricity. But they do not have lithium in their anodes.

Lithium metal batteries are commonly used in devices such as watches, digital cameras, computer boards, and calculators. Having the lowest standard electrochemical redox potential and high energy density, lithium metal can theoretically be the perfect anode material for rechargeable batteries.

However, scientists have troubles incorporating lithium metal into rechargeable batteries because the deposit of lithium ions, which forms dendrites and whiskers, can poison the electrolyte, shorten battery lifespan, and cause short-circuit. And no one has sufficient evidence on how dendrites and whiskers are formed.

To get to the bottom of this, researchers at PNNL coupled an atomic force microscope (AFM) with an environmental transmission electron microscope (ETEM), in order to zero in on the growth of Li whiskers.

Their imagery results showed that Li ions clump together to forming a single particle in the beginning; as time went by, more and more atoms latch onto the crystalline, forming a more significant structure over time. What’s more, the growth had no preferential directions.

To their surprise, they discovered that the solid-electrolyte interphase, a film where the solid lithium surface of the anode meets the liquid electrolyte, dictates the morphology of the lithium deposition. They also tried to modify electrolyte chemistry to prevent the growth of the structures.

By revealing how the Li dendrites and whiskers grow, the PNNL team hopes their research will inspire more studies to find ways to prevent or mitigate the deposit of Li ions.

This study is published in the journal Nature Nanotechnology.