On the Flat Earth Rants of Joe Postma 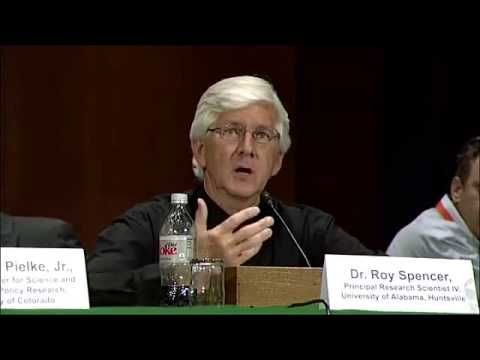 Willis Eschenbach and I have been defending ourselves on Facebook against Joe Postma’s claims we have “flat Earth” beliefs about the radiative energy budget of the Earth.

The guy is obviously passionate, as our discussion ended with expletive-laced insults hurled my way (I suspect Willis decided the discussion wasn’t worth the effort, and withdrew before the fireworks began).

Joe advertises himself as an astrophysicist who works at the University of Calgary. I don’t know his level of education, but his claims have considerable influence on others, which is why I am addressing them here.

He has numerous writings and Youtube videos on the subject of Earth’s energy budget and greenhouse effect, and the supposed errors the climate research community has made. I get emails and comments on my blog from others who invoke his claims, and so he is difficult to ignore.

Here I want to address just one of his claims (repeated by others, and the basis of his accusation I am a flat-Earther), recently described here, regarding the value of solar flux at the top of the atmosphere that is found in many simplified diagrams of the Earth’s energy budget. I will use the same two graphics used in that article, one from Harvard and one from Penn State:

Joe’s claim (as far as I can tell) is that that the solar flux value (often quoted to be around 342 W/m2) is unrealistic because it is for a flat Earth. But as an astrophysicist, he should recognize the division by 4 (“Fs(1-A)/4” and “S/4”) in the upper-left portion of both figures, which takes the solar constant at the distance of the Earth from the sun (about 1,370 W/m2) and spreads it over the spherical shape of the Earth. Thus, the 342 W/m2 value represents a spherical (not flat) Earth.

Just because someone then draws a diagram using a flat surface representing the Earth doesn’t mean the calculation is for a “flat Earth”.

Next in that article, Joe’s (mistaken) value for the solar constant is then used to compute the resulting Earth-Sun distance implied by us silly climate scientists who believe the solar constant is 342.5 W/m2 (rather than the true value of 1,370 W/m2). He gets twice the true, known value of the Earth-Sun distance, simply because he used a solar flux that was off by a factor of 4.

Now, I find it hard to believe an actual astrophysicist could make such an elementary error. I can ignore Joe’s profane personal insults, but he ends up influencing many people, and then I have to deal with their questions individually. Sometimes it’s better if I can just point them to a blog post, which is why I wrote this.