Nub of the Argument in the Greenhouse Gas Theory Fallacy

An email exchange worth sharing:

The chap I have been corresponding with has, I think, come to the distillation of his argument and it is below, in his second paragraph, here in italics.

In my opinion he is wrong on many fronts, not the least of which is the lack of any historical correlation between global temperatures and levels of atmospheric CO2.

Be that as it may,  if you could please look at his argument that seems to come down to 1.68 watts/sq meter being held in our atmosphere and let me know what you think, that would be very helpful.

Let’s concentrate on the unit of measurement of that incoming energy, which is Watts per square meter.  We know that 1 Watt is 1 joule per second of energy. So the unit of measurement by definition tells us that energy is constantly arriving from the Sun. (My comment – Though as I understand, it arrives in packages – quanta) It is not a single finite fixed amount of energy that just hits us once. The Sun is overwhelmingly our main source of energy, and it’s a massive amount of energy as I mentioned in my previous email. If none of the Sun’s energy ever escaped our atmosphere then the earth would have boiled millions of years ago.

But for 12 thousand years that incoming and outgoing energy has been in astonishingly stable equilibrium, never causing more than 0.4 degrees Celsius of variation either side of the average. What the extra bit of CO2 is doing, even though it instinctively sounds like a tiny quantity, is altering that equilibrium just enough to create a surplus retention of energy of that 1.68 Watts per square meter I mentioned in my last email. That’s not new energy. No energy has been created here and no thermodynamic law has been broken. That energy came from the Sun. It’s just that our atmosphere is no longer letting that 1.68 Watts per square meter back out into space like it used to, so the energy can therefore ONLY do one thing, and that is to make the atmospheric temperature go up.

Trust you are well,

The problem is that these people have created an entirely false interpretation of data based upon their false theory of the greenhouse effect, which comes from the logically false model of the flat Earth with cold sunshine. You see the progression there, the connection, and how one falsity leads to the others? They’ve created an entire mechanics and theory of how flat Earth must work, but do not recognize or comprehend that the logic is fundamentally flawed from step one, way back. This is compounded because the empirical data can be interpreted in any which way because the empirical data is noise, is the natural statistical variation of the system itself. They’re looking at noise over short time scales and interpreting it as signal. They also just make stuff up, because there is no way of knowing how stable the Sun has been over 12,000 years. The last 12,000 years has also been a warm period, which is unusual because most of the time for the past few million years the Earth sits in an ice-age. And it is not just solar radiance which is a factor in any case, as the magnetic activity of the Sun is what seems to drive the cycles of climate. 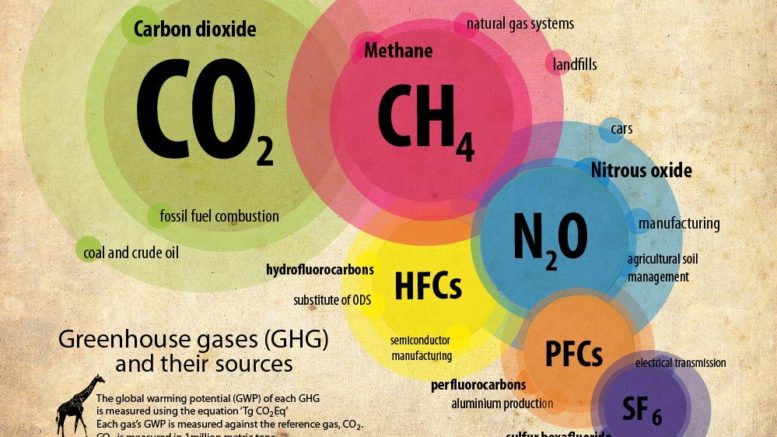 Now here is the fundamental exposure of his argument: If GHG’s emit radiation, but non-GHG’s do not, and do not forget that non-GHG’s make up ~99% of the atmosphere…then GHG’s provide a way for the atmosphere to emit energy. Non-GHG’s have poor or little emissivity…they do not emit, whereas the entire concept of GHG’s is that they do emit. If GHG’s emit half to the surface and half to space, but non-GHG’s do not emit at all…then what gases are holding on to thermal energy and which gases provide a vector for the atmosphere to shed energy?

So you see: If you look at the real basic physics, their argument falls apart because it is in 100% contradiction to the physics of emissivity, etc.

They said: “No energy has been created here and no thermodynamic law has been broken. That energy came from the Sun. It’s just that our atmosphere is no longer letting that 1.68 Watts per square meter back out into space like it used to, so the energy can therefore ONLY do one thing, and that is to make the atmospheric temperature go up.” 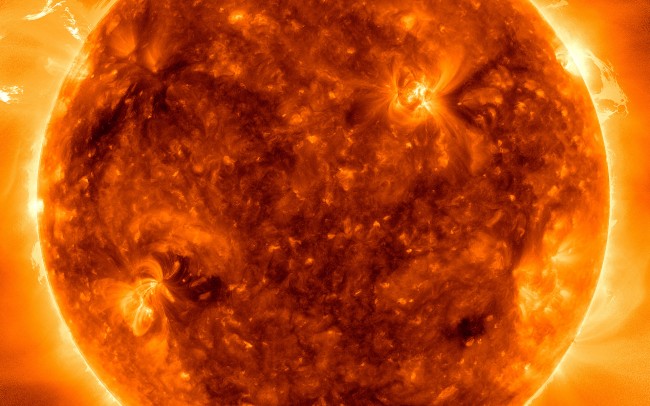 Note that he acknowledges that the energy came from the Sun. But this is the thing: At what forcing potential did it come from the Sun? Did it come from the Sun at -18C worth of heating potential spread over the entire surface of the Earth at once? If you think that, then you must also think that this -18C energy can be recycled a few times to create higher temperature. And this is their flat-Earth mechanics. However, in reality, solar energy came in at ~+121C heating potential and created the entire climate and weather system, and further, if we refer to some basic physics, and you must have seen this quoted by me elsewhere, heat can only flow down temperature gradients and cannot be recycled. The heat from the Sun on the surface cannot come back to the surface again to cause more heating.

They said: “If none of the Sun’s energy ever escaped our atmosphere then the earth would have boiled millions of years ago.”

If you want to talk about “radiation being held back from emission which then leads to warming of a surface”, then this is a discussion about a surface’s emissivity, as we touched on above. However, one needs to lower a surface’s emissivity in order to make it raise in temperature. So a few things: A surface’s emissivity is not a tunable parameter – it is a fixed property of the surface itself. The presence of GHG’s does not change another surface’s ability to emit. Secondly, if GHG’s have better emissivity than non-GHG’s, then this means that GHG’s will both be cooler and also provide a mechanism for cooling to rest of the gas where non-GHG’s do not emit.

So they have an argument which they can make, sure. And on its own terms it cannot be defeated, because on its own terms it is entirely logical. But the problem is that its own terms are not connected to reality and leave out significant portions of basic theory, based as they are on a flawed initial model of reality, and also in consideration of their claimed empirical support which is nothing more than the natural noise variation of the system.

This is all about the concept of a paradigm, a “box” within which all thinking takes place so-to-speak, and how the boundaries of the box limit what type of thinking and what type of ideas can be contained within the box. This is intimately related to the idea presented in Plato’s Allegory of the Cave which I wrote about in my books.

especially: an outstandingly clear or typical example or archetype

//… regard science as the paradigm of true knowledge. — G. C. J. Midgley

2: an example of a conjugation or declension showing a word in all its inflectional forms

3: a philosophical and theoretical framework of a scientific school or discipline within which theories, laws, and generalizations and the experiments performed in support of them are formulated

//the Freudian paradigm of psychoanalysis

broadly: a philosophical or theoretical framework of any kind

We all know the phrase “thinking outside the box.” Outside-the-box-thinking is what is said to be required when a solution to a problem cannot be found within the bounds of assumed knowledge and theory. We all know what this means.

What happens though when we create a box to bound our thinking, and then fight to protect that box’s limited thinking in the face of external knowledge which destroy the edges of the box? Typically we recognize such behavior as the providence of religion.

Don’t let yourself get put into the box!

Questions/responses directed to Joe Postma should be posted at his blog at climateofsophistry.com