From some of the world’s most eminent scientists and three years in the making comes ‘The Sky Dragon Slayers: Victory Lap.’ This 400-page, full-color volume is the world’s most in-depth debunk of the scientific cornerstone of man-made global warming.

This important new work is the essential accompaniment of the authors’ first book ‘Slaying the Sky Dragon: Death of the Greenhouse Gas Theory’ (2011).

‘The Sky Dragon Slayers: Victory Lap.’ not only brings up to date all the compelling science of the first book, it contains important new revelations that expose the deliberate fraud and downright incompetence of a clique of government-funded climate researchers.

The release of this astounding tome,  exposing the lies and errors that brought the world’s leading economies to the precipice of economic suicide, will be welcomed by all free-thinkers and supporters of transparency in government science.

The most astonishing revelation of the book is the crushing fact that the best empirical scientific evidence proves that carbon dioxide (CO2) can work only to COOL earth’s climate. As such, it is innocent of any claims concerning man-made global warming. 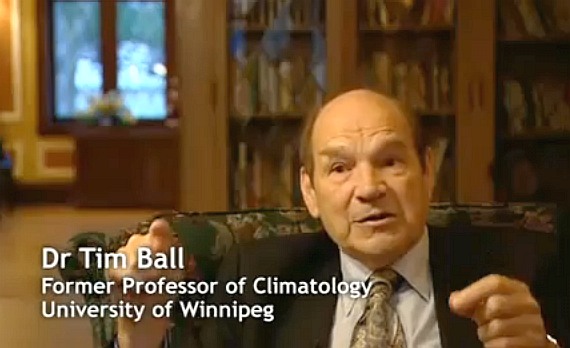 Revealed is the name of the secret billionaire backer who generously donated $700,000 to Ball’s enormous legal fees. While further revelations point to a coordinated plan to systematically bring dozens of the worst climate fraudsters to justice.

First among the authors is retired Canadian climatologist, Dr Tim Ball fresh from his eight-year, multi-million-dollar courtroom victory in the ‘science trial of the century.’ Dr Ball defeated the now humiliated Dr Michael E Mann, who refused to reveal in open court key data behind the UN’s iconic ‘hockey stick’ graph, for which Mann bragged won him a Nobel Prize.

Dr Mann is now dragging his feet over complying with the judge’s order to repay all Ball’s legal costs, currently standing at around one million dollars!

But the victorious Dr Ball, who has long claimed Mann faked his data, was vindicated by the courts. Mann’s discredited ‘secret science’ is consigned to the trash, cynically concocted to help fool the world’s governments into pursuing expensive and unnecessary carbon tax policies.

Dr Ball, a heroic servant of open, transparent science is joined by no less a giant in the skeptic cause than Dr George V Chilingar who has published hundreds of scientific papers and books and holds many prestigious international awards.

As co-author of ‘The Sky Dragon Slayers: Victory Lap.’ Dr Chilingar (pictured right) has the finest pedigree. He has been slaying the myth

that CO2 drives climate since publication of his first paper on the matter in 2008. With Cooling of Atmosphere Due to CO2 Emission (co-authors L. F. Khilyuk and O. G. Sorokhtin) Chilingar’s work remains unrefuted in any peer-reviewed scientific journal. https://greatclimatedebate.com/wp-content/uploads/CO2-Cooling-Chilingar.pdf

The paper’s authors investigated the effect of CO2 emission on the temperature of our atmosphere. Their computations, based on the adiabatic theory of greenhouse effect, shows that increasing CO2 concentration in the atmosphere results in cooling rather than warming of the Earth’s atmosphere.

Chilingar has been a prominent scientist exposing the false science of the greenhouse gas theory and rightly joins the only international body of scientists, researchers and related professionals dedicated to defending the traditional scientific method on the issue of the carbon dioxide climate fraud.

Joining these stellar scientists as co-author of ‘The Sky Dragon Slayers: Victory Lap.’ is Dr Pierre R Latour (pictured right), an internationally-acclaimed expert on carbon dioxide who was recently given a prestigious life-time achievement award for his contribution to science.

The authors were assisted by a seasoned backroom team of researchers and editors from Principia Scientific International (PSI) with many years’ experience and knowledge.

PSI is now in partnership with Energycite Inc. which has formed a separate non-profit entity Climatecite Corp. registered in Nevada as a 501( c ).

By this means we will apply charitable donations to help progress our joint mission for provision of powerful scientific materials exposing climate fraud, available for use in the US 2020 Presidential elections.

Buy the paperback version* now on either:

*The ebook will be available for sale soon.