Written by Robert A. Beatty BE (Minerals) FAusIMM 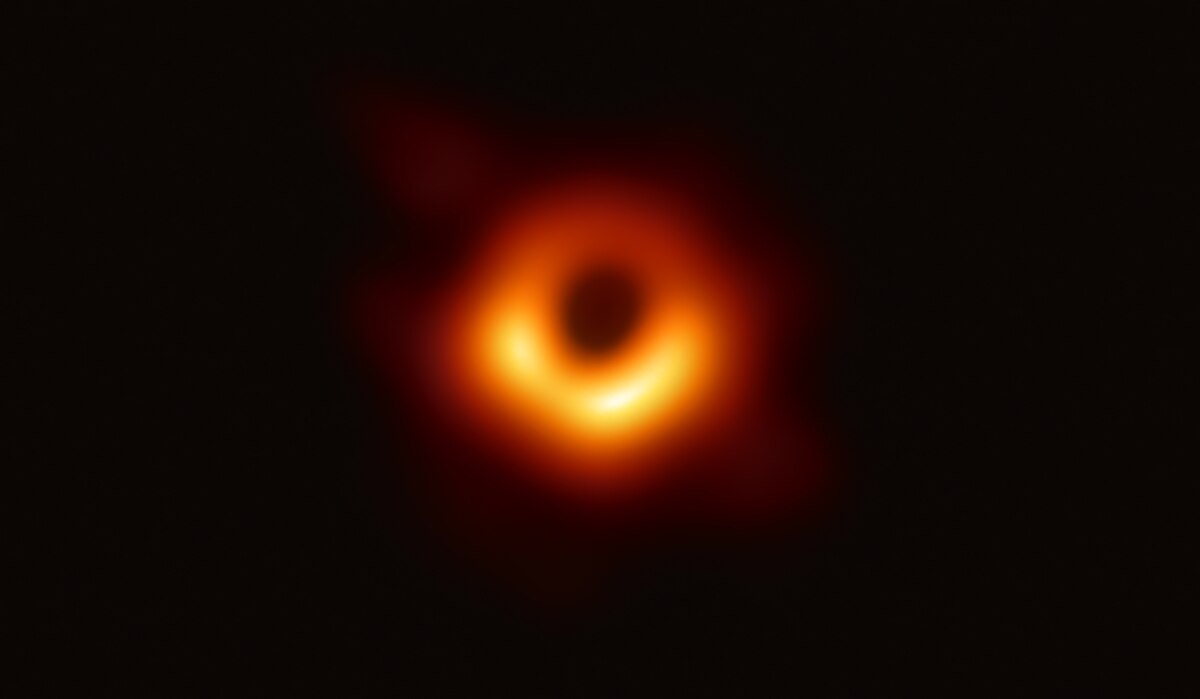 1)         Introduction: “Messier 87 (also known as Virgo A or NGC 4486, generally abbreviated to M87) is a supergiant elliptical galaxy in the constellation Virgo, and one of the most massive galaxies in the local universe.”[2] M87 recently received notoriety due to the imaging of a BH in the centre of this galaxy.

This is an abbreviated paper from reference [1] and the PROM section:

You are invited to provide reader feedback.

The image result took years to obtain and involved the orbiting Hubble and Chandra Telescopes,[3] as well as earth based Event Horizon Telescope (EHT) array formed into Very Long Baseline Interferometry, or VLBI.[4]

“Chandra X-ray Close-up of the Core of M87, EHT Image of Black Hole

“Surrounding the elliptical galaxy is a reservoir of multimillion-degree gas, which glows brightly in X-ray light. Chandra’s studies of this hot gas have given astronomers insight into the behaviour and properties of the giant black hole. For example, astronomers have used Chandra data to discover ripples in the hot gas, which provide evidence for repeated outbursts from the black hole roughly every 6 million years or so.”

Controversy surrounding Figure 1, concentrated on the EHT component of the image. [5] The video presentation focused on the great difficulty/impossibility of obtaining the EHT “image” from such a distant object.

However, the Chandra X-Ray component of Figure 1, clearly shows a radiating finger pointing to the star centre of the picture.

“Streaming out from the center of M87 like a cosmic searchlight is one of nature’s most amazing phenomena: a black-hole-powered jet of subatomic particles travelling at nearly the speed of light.”

The ‘jet’ is described as “subatomic particles travelling at nearly the speed of light” raises the questions:

At a BH, the distance factor approaches zero, which provides a mathematical limit to this expression, because dividing anything by zero produces an indeterminate solution.

This problem was addressed and is now described in Figure 3. Kruskal-Szekeres Diagram. (KS Diagram)

“In general relativity Kruskal–Szekeres coordinates, named after Martin Kruskal and George Szekeres, are a coordinate system for the Schwarzschild geometry for a black hole.”[7]

Figure 4. Mass at Near Zero Distance.

If we use a 2D diagram to explain this action, it appears as shown in Figure 4. Mass at Near Zero Distance. Here incoming mass approaches the event horizon at a BH, and forms into two asymptotic curves which can approach either the positive or negative vertical axis.

As the mass passes closer and closer to the vertical axis, the outer most elements of mass encounter the event horizon and are removed.

This happens at the atomic level. The outer most elements are electrons as schematically illustrated in Figure 5. Atomic Illustration,[8] with protons and neutrons assembled at the nucleus.

Our composite interpretation of the KS Diagram shows in Figure 6. Black Hole Section.[9] Here, electrons are separated between positrons and electrons as they pass across the BH surface. Positrons remain at the surface of the BH, where they provide a stabilising charge for the internal neutrons, which otherwise have a half-life of minutes. “The neutron is a baryon and is considered to be composed of two down quarks and one up quark. A free neutron will decay with a half-life of about 10.3 minutes.”[10]

The Gravisphere theory proposes electrons emerging from the BH, form an entangled relationship with the remaining positrons, before travelling through space as Electromagnetic Gravity Strings (EGS/egs).[11]

The incoming mass is further consumed when the protons and neutrons reach the Event Horizon, with the neutrons remaining at the BH, thereby increasing the mass of the structure.

Protons temporarily enter the BH, but are soon ejected, because the positive charge influence of the surrounding positrons, provide a repulsion force which ejects proton-rich cosmic rays along the BH axis.

The M87 library of information which includes the Hubble cosmic ray image described as “This Hubble Space Telescope photograph shows the jet of matter ejected from M87 at nearly the speed of light, as it stretches 1.5 kpc (5 kly) from the galactic core.”

The positrons and protons have equal positive charges, and Coulomb’s Law calculates the force between two quantities.

It is assumed the discharge of protons from the BH operates similar to a rail gun where electromagnetic charges are progressively introduced along the barrel length, thereby accelerating the charge until it exits the gun.

Calculations show a mass of 700 protons is ejected at a velocity, 93% of the speed of light.

Figure 6 illustrates a young BH arrangement which can be compared to an apple with a single core axis.

However, as a BH ages it emits proton charges, but builds up and retains positrons on its surface. This effectively establishes a permanent and growing positive charge on the skin of the BH which then changes from a smooth apple surface to a wrinkled custard apple surface shape. The comparison shows in Figure 8. Black Hole Surface Comparison.

A crenellated neutron star skin means that cosmic rays can emerge from points all over its surface. I suspect the neutron star has a crenellated positive surface charge providing many points of exit for the cosmic rays, which are otherwise interpreted as coming from the one axial emission source. This also explains why we on Earth always seem to be in the right position to see an “axial” view of a neutron star.

It seems possible the increasing positive charge on the surface of a BH will eventually cause the surface to explode off in all directions. This could explain some observed stellar tectonic events, such as those referred to in the Introduction.