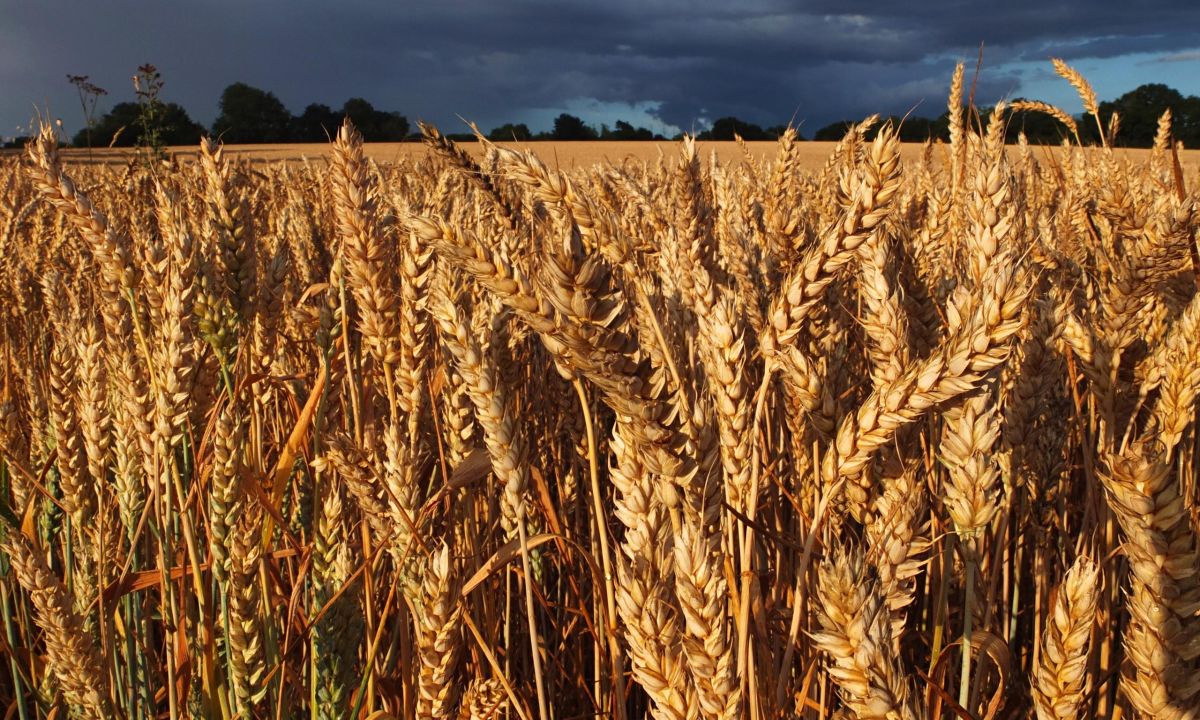 We are often told by alarmists and the media that climate change will severely damage crop production from increasing extreme weather; floods, droughts, wildfires, heat and cold, leaving us with ever-increasing shortfalls in our ability to produce enough food to feed the ever-increasing world’s population, but is there any truth to these claims?

As discussed in a previous article, we learned that extreme weather is driven by temperature differentials rather than temperature increases.

As the planet warms, the temperature difference between the poles and the tropics is reduced as the poles warm faster than the equator, so storm frequency and intensity are reduced. Higher concentrations of atmospheric CO2 also reduces the amount of water plants & crops need, so more moisture is left in the soil, thereby helping reduce drought conditions.

On August 10th 2018, the US Department of Agriculture released a report with the graph shown below, indicating grain yields since 1988. That year production was about 85 bushels per acre. By 2018 it had increased to 178 bushels per acre, representing a whopping 110% increase in productivity.

On May 14th 2019, Grain Central published their comprehensive report which said:-

As northern hemisphere crops near the start of their harvest in late May and June, the US Department of Agriculture’s latest World Agricultural Supply and Demand Estimates (WASDE) have generated a global wheat production forecast of a record 777 million tonnes (Mt) – 46Mt greater than the  previous year – which will recharge coffers depleted by last year’s smaller crops.

The greatest turnaround in wheat production forecasts in 2019-20 among major exporters will occur in the EU, where a 17Mt increase is forecast, and Australia, Canada, Russia and Ukraine are all expected to harvest 3-5Mt more wheat this year than in 2018-19. USDA forecasts Australia’s new-crop wheat production at 22.5Mt, up from 17.3Mt in the 2018-19 marketing year.

The increase in production will lead in 2019-20 to higher trade, consumption and stocks, all of which were cut in 2018-19 by below-trend world crops, moves which drove prices higher over most of the marketing year.

While global consumption is projected at a record 755Mt in 2019-20, the figure, for the sixth time in seven years, will be smaller than production. Consumption for food, seed and industrial uses has continued its uptrend, attributed in some parts of the world to population growth, better nutrition, and elsewhere to changing tastes and preferences.

Consumers continue to move toward a more wheat-based diet with rising incomes and increased urbanisation. The quantity of wheat consumed for feed, plus residual, shown in the top section of Graph 2, usually depends on price relationships between feed wheat and other grains, but is also affected by losses which occur in years of abundant supply; the higher figure this year is partly explained by expectations of higher losses at various stages of the marketing chain.

Global stocks forecast by the WASDE May report for the end of the 2019-20 marketing year at 292Mt are projected to be up about 17Mt from the previous year.

China will account for 6Mt of the increase in stock, and is forecast to account for around half of global wheat stocks, although the tonnage is generally unavailable to the world market. Stock in the major exporting countries collectively is projected to be 13 per cent higher than last year, rebounding from a five-year low.

The report can be read by copying this link:

The work of Craig & Sherwood Idso in collating results of short and long-term trials around the world, coupled with their own research, have shown that as atmospheric carbon dioxide increases and the average temperature continues it’s modest increase, global food production has improved dramatically. Their work can be seen at http://www.co2science.org/

Here is an example of increased growth. Sherwood Idso is pictured next to trees grown in different concentrations of carbon dioxide:-

Here is an illustration prepared by Gregory Wrightstone of Inconvenient Facts, from data supplied by Craig Idso, showing the showing an average 46% increase in plant biomass:-

The increasing concentration of atmospheric carbon dioxide is benefitting the Earth by promoting better growth of all greenery. According to NASA, up to 50% of the Earth’s surface has increasing vegetation, while less than 4% exhibits a decrease in vegetation, which is confirmed by the illustration below, produced by Boston University:-

Here is the drop in world birth rates as produced by the US Census Bureau in 2011.

Here is the global percentage of people in poverty according to OurWorldinData.org in 2015

We can clearly see how birth rates are declining, people globally are emerging from being in poverty and becoming better off, and crop production is increasing due in part to increasing carbon dioxide, thus allowing us to feed more people.

Therefore, the ‘devastating’ effects of ‘climate change’ on food production is yet another lie being peddled by the alarmists to frighten the public into accepting massively increased taxation and government regulation, in the misguided belief they are ‘saving the planet’, whereas in reality, the planet doesn’t need saving, it’s not in danger.

I would like to thank Gregory Wrightstone of Inconvenient Facts for reviewing this article, and correcting a few minor errors.