Climate Change dates to a 1970s Franco-German petroleum rationing initiative aimed at righting trade balances. In the 1980s it morphed into a petroleum and coal phase-out campaign ostensibly aimed at protecting Earth’s atmosphere from CO2 overload.

European climate campaigners seek to level the playing field between their resource-poor homelands and the Anglosphere’s natural energy superpowers. German-led states use Climate Change to enhance renewable energy and electro-mobility exports. Success hinges on controlling cultural assets within the Anglosphere.

Johannes’ son, Heinrich, was an early donor to the Nazis, as were his pastor and church. Heinrich joined the SS, as did his son Reinhard (1921-2009). Bertelsmann’s in-house theologian was pro-Nazi. Bertelsmann’s top-selling poet wrote the speech inaugurating the 1933 book-burnings.

With wares freighted with Volkish and anti-Semitic content, Bertelsmann became the Third Reich’s largest publisher. In 1943 they ‘sold’ 19 million books. They supplied special editions to the Wehrmacht and boosted profits by exploiting slave labor in Eastern Europe and Holland.

Bertelsmann’s move into the Anglosphere began with the 1977-80 acquisition of Bantam Books. In 1986-7 they purchased Doubleday and opened a New York office. In 1998 they bought Random House. A 2013 merger hatched Penguin Random House; 75% owned by Bertelsmann, 25% by Pearson plc.

Bertelsmann’s climate effort is multi-pronged. Regarding publishing, it has non-fiction and fiction fronts. 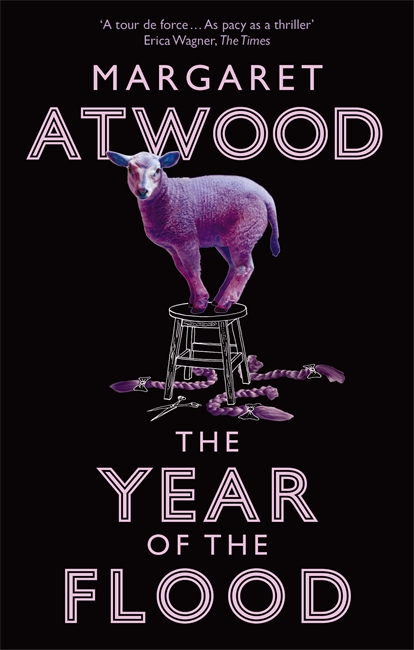 Cli-fi was co-engineered with Holtzbrinck in whose catalogs one finds: The Dry (Jane Harper), The City in the Middle of the Night (Charlie Jane Anders), Odds Against Tomorrow (Nathaniel Rich), and Green Like Dying (Rouxi Chen) etc.

Such pulp is bought in tonnage by librarians. Cli-fi potboilers are required reading in high school and university lit classes where they melt into millions of malleable minds.

Bertelsmann’s Gruner & Jahr showers 500 print and digital magazines across Europe but mainly upon Germany and France where half the population buys at least one G&J periodical. G&J wholly owns the weekly Stern (circulation: 750,000) and 25% of its rival, Der Spiegel (circulation: 840,000).

RTL and G&J moil the online video market with 1,500 channels on YouTube and YouTube-wannabe platforms. Bertelsmann measures monthly views in the billions.

Summoned by the Mohns to Bertelsmann SE’s board are four subsidiary managers and one rep each from: Daimler, Volkswagen, Nestle; German software giant, SAP; and French insurer, AXA (managers of a $1 trillion asset portfolio and a climate-obsessed website).

Liz followed her late husband Reinhard into the fanatically environmentalist Club of Rome. Bertelsmann Stiftung (BS) began collaborating with the Club in 1993.

BS issues no grants. It is a self-financed think tank with annual expenditures of $100 million and 384 employees. BS hosts 200 confabs yearly to advance 70 projects – typically co-ventures with universities. BS spawns hundreds of reports and books (including a six-volume Reinhard Mohn compendium).

Climate isn’t something BS bangs on about. Rather, it’s a bedrock assumption. “Enhancing international cooperation” translates into “promoting the Paris Accord.”

Georg von Holtzbrinck (picture, above) was born unto Westphalian landed nobility in 1909. His father sold their distressed estate after WWI then suffered hyperinflation. Unable to rely on the family fortune, Georg took up magazine distribution while a student.

Georg was among a clique of businessmen who plundered Jewish-owned publishing. He became a prominent publisher; producing books for the Wehrmacht, specifically for Stormtroopers.

In the late-1940s Georg took-over the German Book Association. Over the next 20 years he capitalised on his role as book middleman, and on close relationships with a clique of German publishers, to acquire minority stakes in newspaper and book publishing firms. In 1971 he pooled these holdings into Holtzbrinck Publishing Group. His son Georg-Dieter (b. 1941) assumed command in 1980. Georg died in 1983.

Under Georg-Dieter (1980-2001) Holtzbrinck acquired German newspapers and English-language publishers; the latter specialising in science and education.

Georg-Dieter transferred Holtzbrinck Publishing to his sister (Monika) and half-brother (Stefan) who now each own 50%. Georg-Dieter retained ownership of certain newspapers, and co-owns Die Zeit with his two siblings. All three are billionaires.

Stuttgart-headquartered Holtzbrinck Publishing Group is a multinational. Half its sales are in English-language markets.

Springer Nature, is 57% owned by Holtzbrinck; 43% owned by BC Partners.

The journal Nature was owned by the House of Macmillan from 1869 until its 1995 purchase by Holtzbrinck. Post-acquisition, several sister Nature publications emerged. The 2000s witnessed a proliferation of Nature-branded journals.

Nature. The journal has 53,000 weekly subscribers and an 8.0 pass along rate (424,000 regular readers). Nature is the world’s second most influential science journal (behind AAAS’s Science).

Bernd Scheifele is Chair of Heidelberg Cement and Supervisory Chair of Phoenix Pharmaceuticals.

Monika manages multiple foundations, most importantly the S. Fischer Foundation which cooperates closely with Germany’s Foreign Office and the Goethe-Institut.

Klaus-Dieter Lehmann ran West Germany’s national library before unification and the German National Library thereafter. A former Bertelsmann Stiftung Trustee, Lehmann now oversees 17 cultural foundations; and is a Deutsche Bank director. Since 2008 he has presided over the Goethe-Institut.

(Pre-1945 the “German Academy” was a ‘worldview weapon’ and espionage center commanded by Rudolf Hess and later Joseph Goebbels (pictured below). Renamed “Goethe-Institut,” it now deploys 1,000 staff and a $415 million stipend from Germany’s Foreign Office to: spread the German language; instill positive images of Germany; and facilitate cooperation with German institutions.)

(Despite its notorious past, GRF annually channels $4 billion in government funds to 100 university departments.)

From 2005-15 Mlynek ran the Helmholtz Association of German Research Centres.

Holtzbrinck subsidiaries and officials oversee some forty foundations most of which participate in the 22,000-member Association of German Foundations.

Shoppers at Barnes & Noble or Waterstones shouldn’t mistake hundreds of imprints for hundreds of publishers. Most books on display, nearly all climate ones, merit the imprint: “German Foreign Office.”