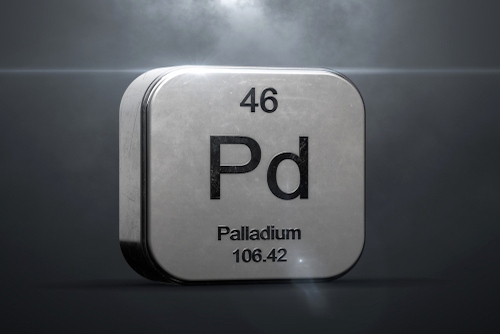 My venerable flame of yore — long lost but not forgotten! But what’s 50 years between lovers? I hope you still remember me, I certainly remember you!

We were both young and spry then and keen on making an impression on this world.  Well, it did take some time to succeed in that, longer than anticipated but now, as you’ve “come of age,” we both can relish in your success and our past encounters.

Since then, what now feels like eons ago, you have steadily climbed the ladder to fame. To be honest, I envy your success, somewhat!  In hindsight, I should have given you more attention than I did, way back then! The little table below shows it clearly:

But all love is not lost!

As you know, chemists never forget the Periodical System!

How about another tête-à-tête, of course at our 1970’s kind of arrangements? Perhaps, in honor of our mutual mécène, Peter M. Maitlis ? It would be a great pleasure!

As you will know, Peter’s seminal work (two volumes), entitled The Organic Chemistry of Palladium is de-rigueur now for any newcomer in that métier. One reviewer of his tomes, “G.C.B.”, in 1972, clearly said so:

“The notion that a metallic element should have an ‘organic chemistry’ associated with it should come as no surprise to anyone who has graduated in chemistry in the past decade, or who has kept even half an eye on the recent chemical literature. Of the platinum group metals, none has a more extensive, interesting and useful ‘organic chemistry’ than palladium, and the recently published two-volume work by Professor Peter Maitlis is both welcome and timely.”

Of course, even the reviewer did not foresee your meteoric rise since. While you were demanding “your price” then, I’m not sure about being able to take you out for dinner now. If you remember, expressed in equivalent weight of gold (with the nickname Au) you were, at the time an “also-ran.” Look at you now! You are almost twice as dear. Of course, that’s because of your legs, what else could possibly be the reason?

Yeah, I suspect it has to do with you standing on two legs of renown. Is it the left or the right that’s attracting so much attention these days? I’m not sure. Which one do you find more important, the catalytical (like in car exhaust systems) or the medicinal (like in anti-cancer research) one?

I suspect that even Peter may not have an answer to that question but, if I were a betting man, my bet would be on the latter. Some folks though think that you are “bubbling.” I think they are just envious of your success.

Your older brother, platinum, with the nickname Pt, looks a bit haggard these days. Do you know why? I wonder if he had a bit too much of that corona drink (image, below)? Perhaps, it’s just a bout of “mid-life crisis?” Right now though he appears to be sobering up and could soon get his “second wind.”

As you know, your bro used to be the stalwart of the senior Group-8 members for a long time but seems to have fallen out of favor. I do remember meeting him at various occasions in different laboratories. He was of great help in analyzing some of those reticent substances that have important commercial aspects, like some of the materials the French chemist Henri Moissan (1852 -1907) discovered well over one hundred years ago, long before our acquaintance.

Henri and his Discoveries

Speaking of Henri, he must have been an interesting character and his laboratory an interesting place. I’d love to meet him one day, perhaps in the other world. Henri had a penchant for “cooking up” all kinds of strange things. At least his name lives on with the mineral Moissanite. He surely deserves that honor! What few folks recognize, that stuff (silicon carbide, SiC) has become the world’s most widely used abrasive material and, in very pure form, as a synthetic substitute for diamonds.

And what’s really crazy, that “gem stone” has an even higher optical refractive index (2.65) than a real diamond (2.42). Hence, it will sparkle even more than diamond!

So, my Dear, be well and keep up the good work!

With love (and greetings to your brother),