Censorship Is the Last Tool of Tyrants 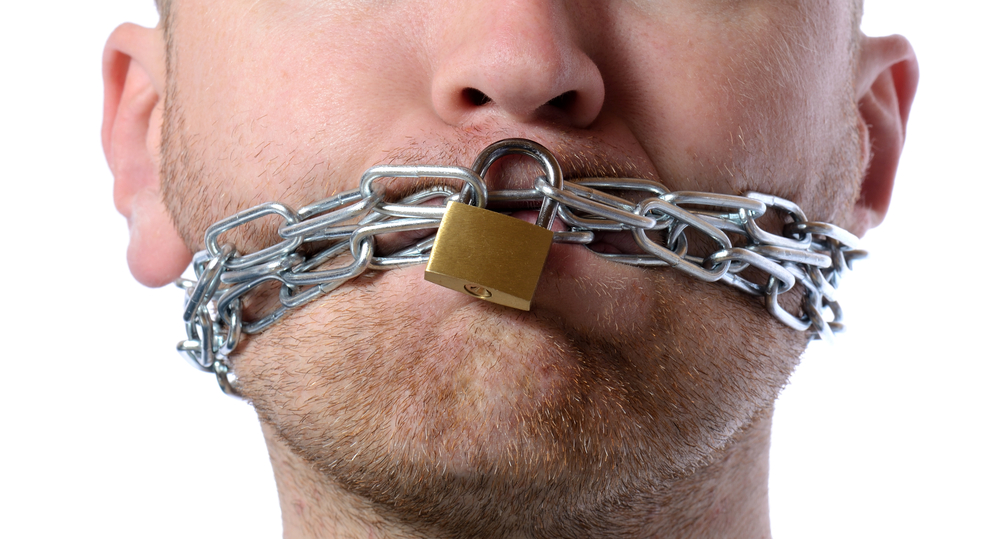 In 2015, Pfizer’s Prevnar 13 vaccine (which protects against common strains of pneumonia) made more money than either Lipitor or Viagra, two of Pfizer’s top-selling drugs, thanks to the U.S. government recommendation to start using it in seniors over 65.

There’s a rapidly progressing effort to vilify and even criminalize those who express concerns about vaccine safety, and to shut down free speech in the U.S. (but only speech relating to vaccine harms, not the alleged benefits of vaccines).

Increasingly tyrannical measures are also being employed, including forcing people to get vaccinated against measles or face significant fines or jail time.

Washington state will no longer accept a philosophical exemption from the measles-mumps-rubella (MMR) vaccine for children seeking to attend daycare or school.

Instagram is now blocking vaccine-related hashtags such as #vaccinescauseautism, and any hashtag found to be “spreading misinformation” will be added to an ever-growing list of banned hashtags.

The following referenced information contains opinion and perspective on a health topic related to vaccine science, policy, law or ethics that is being discussed in public forums, including in medical, law and other professional journals; newspapers, magazines and other print; broadcast and online media outlets; state legislatures and the U.S. Congress.

The World Health Organization has stated that “vaccine hesitancy” is one of the top 10 global public health threats.

Is the vaccine business a profitable industry? You bet!1 Many vaccine pushers like to promote the idea that vaccine profits are slim, hence there’s no financial incentive behind the push for vaccinations. Two years ago, the blog Skeptical Raptor, just to point to one example, stated that ” … [T]he Big Pharma vaccine profits conspiracy is still one of most amusing myths of the antivaccination world.”2

In reality, Pfizer’s Prevnar 133 vaccine (which protects against common strains of pneumonia) actually made more money than Lipitor or Viagra in 2015, both Pfizer top-selling drugs,4,5 and the 2018 revenues for Gardasil 9 was $3 billion according to CNBC.6

As noted by Financial Times,7 profits from Prevnar 13 shot up in 2015, reaching $6.25 billion, nearly three times more than Viagra that year, thanks to the U.S. government recommendation to start using it in seniors over 65 and not just children. “The success of Prevnar shows [vaccines] can be as lucrative as any drug,” the article states.8

When you have a profitable business, you want to nurture and protect it, and promote its sustained growth. That’s normal in the world of business. What’s not normal is enlisting government to mandate the use of your product while simultaneously preventing the sharing of bad reviews that might impact sales and/or force you to improve the safety or effectiveness of your product.

And that’s exactly what’s happening in the vaccine industry. In recent months, the push to censor negative press about vaccines has been outright shocking. The “justification” given is that “misinformation” about vaccines is preventing people from making sound medical decisions.

There’s nothing fake about vaccine injuries. There’s also nothing fake about data, oftentimes obtained from government documents, that are unfavorable for the vaccine manufacturers. The current censorship is blocking out those real-world stores of injury, and important data demonstrating that government and industry are not telling the whole truth about what is known about vaccines.

Speaking at a recent event at the World Health Organization’s annual assembly, Seth Berkley, CEO of the Global vaccine alliance GAVI, stated that doubts about vaccines spread across social media “at the speed of light,” and that the spread of “misinformation about vaccines,” is “not a freedom of speech issue,” and that “social media firms need to take it offline” because “it kills people.”9

He also stated there’s “a strong scientific consensus about the safety of vaccines,” referring to the spread of negative vaccine information as “a disease.” It’s well worth remembering that GAVIs primary mission is to “shape markets for vaccines and other immunization products.” Clearly that will not be as easy if people understand the risks.

The WHO and U.S. government are founding partners of GAVI, the Vaccine Alliance. In 2000, the Bill and Melinda Gates Foundation provided $750 million in seed money to spearhead the creation of GAVI, a public-private partnership and multilateral funding mechanism involving the WHO, governments, the vaccine industry, the World Bank, philanthropic foundations and civil society groups to “improve access to new and underused vaccines for children living in the world’s poorest countries.”10

Since 2000, GAVI has raised more than $15 billion to vaccinate the world’s children. The single biggest funding source for GAVI is the Gates Foundation, which has donated more than $3 billion, or 20 percent of GAVI’s total income.11

Between 2000 and 2013, only about 10 percent of total funding provided by GAVI ($862 million) was used to actually strengthen health systems in developing countries, such as improving sanitation and nutrition, while nearly 80 percent was used to purchase, deliver and promote vaccines.12

Several of my recent articles have discussed the rapidly progressing effort to vilify (if not outright criminalize) those who express concerns about vaccine safety and to shut down free speech about vaccine harms in the U.S., along with increasingly tyrannical measures, forcing people to get vaccinated or face significant fines or jail time. Here’s a summary of some of the most prominent examples:

In recent months, media have also been flooded with reports of how tech platforms and social media are fueling “anti-vax” fears and spreading misinformation, and not doing everything possible to prevent sharing of vaccine safety-related material between users.33

Art Caplan, a bioethics professor and head of the division of medical ethics at New York University School of Medicine, has stated that “companies cannot allow themselves to be ‘vehicles for misinformation contagion,'” and must take steps to censor information that might lead people to avoid vaccination.34 In response:

To this ever-growing list we can now add Twitter, which on May 10, 2019, announced44 users searching for vaccine-related Tweets will immediately be directed to “a credible public health resource,” namely the vaccines.gov website, which is run by the U.S. Department of Health and Human Services.

“Noncredible commentary and information about vaccines” will not be included in auto-suggested queries. Twitter is also planning on expanding this censorship tool to include “other important public health issues …”

And that’s the crux of the problem, isn’t it? Let’s face it, the censorship will not be restricted to vaccine information. There are many toxic but profoundly profitable industries out there, and before you know it, we won’t be allowed to read about any number of toxic and dangerous issues.

Can You Get Full Disclosure on Vaccines From a Single Source?

Even if, right now, you think it “might be a good idea” to restrict information about the risks and failures of vaccines, it won’t be long before the censorship train stops at your station and suppresses information you are interested in and need to know about to take control of your health. Censorship, which is a threat to freedom of thought, speech and conscience, is always a slippery slope.

If the vaccine thought police prevail today, tomorrow you easily could be prevented from reading or sharing information about another health topic near and dear to your heart — be it pollution, climate change, water fluoridation, toxic cosmetics, dangerous infant products, pesticide-contaminated and GMO-altered food or any number of other contentious issues that can impact an industry’s bottom line.

Once censorship takes root as an acceptable norm, there will be no end to it. The fact of the matter is, the federal government’s vaccines.gov website does not spell out the whole truth about what is known, scientifically, about vaccines. For example, in a May 16, 2019 post, The Highwire points out the fallacies proclaimed on vaccines.gov with regard to aluminum adjuvants in vaccines,45 and that’s just one example of many.

According to the vaccines.gov website, aluminum in vaccines is safe, stating that “For decades, vaccines that include aluminum have been tested for safety — these studies have shown that using aluminum is safe.”

In reality, aluminum has been used in vaccines for decades without any safety testing having been done. It has simply been assumed that aluminum was safe, because the addition of aluminum to vaccines provokes a stronger inflammatory response in an effort to create longer lasting artificial immunity.

However, as noted in a 2011 paper in Current Medicinal Chemistry, titled “Aluminum Vaccine Adjuvants: Are They Safe?”:46

“Experimental research … clearly shows that aluminum adjuvants have a potential to induce serious immunological disorders in humans. In particular, aluminum in adjuvant form carries a risk for autoimmunity, long-term brain inflammation and associated neurological complications and may thus have profound and widespread adverse health consequences.”

Or how about this 2018 study,47 which found high amounts of aluminum in the brains of autistic patients. According to the authors:

These are some of the highest values for aluminium in human brain tissue yet recorded and one has to question why, for example, the aluminium content of the occipital lobe of a 15 year old boy would be 8.74 (11.59) μg/g dry wt.?”

This study goes on to note that one known source of aluminum that children would be exposed to is vaccines, and that “their burgeoning use has been directly correlated with increasing prevalence of ASD.”