“Every great cause begins as a movement, becomes a business, and eventually degenerates into a racket.”   E. Hoffer (1967)

Big Oil is a driver and beneficiary of the Climate Change campaign.

Big Oil is conflicted about the Climate campaign which, after all, began as a petroleum phase-out initiative. This petroleum phase-out, however, ambles along while the campaign’s coal phase-out sprints forth. The main consequence of the coal phase-out, i.e. the switch from coal-fired to gas-fired electricity generation, has already blessed Big Oil with a trillion dollar windfall; and is only half completed.

The 1978 US Power Plant and Industrial Fuel Use Act prohibited construction of gas-fired power plants. Natural gas was deemed too precious to squander on generating electricity. Provisions mandating conversion of existing gas-fueled plants to coal were repealed in 1981. The overall Act fell in 1987. Thereafter new power plants were supposed to be coal-convertible; however land set-asides for coal yards went un-imposed. 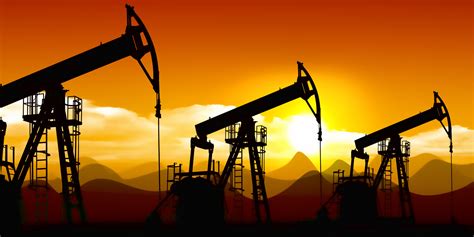 While CAGW indisputably has Franco-German pedigree an American fifth column was not long in forming. DC-based Climate Institute (CI) was the first NGO with “Climate” in its name. CI’s principals (Crispin Tickell, John Topping and Stephen Schneider) are CAGW legends. 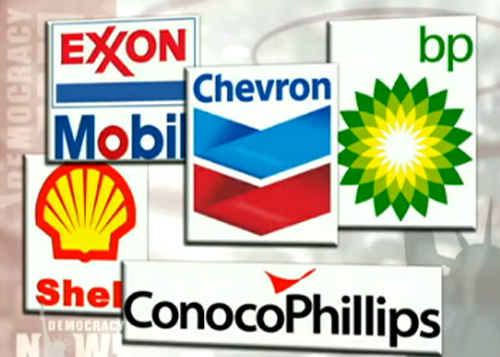 Back in 2010 the Washington Post revealed BP had given The Nature Conservancy $10 million. This shouldn’t have surprised because:

“…the giant oil company and the world’s largest environmental organisation long ago forged a relationship.”

The article further revealed: a) Conservation International took $2 million from BP and welcomed BP’s CEO onto their board; b) Environmental Defence Fund joined BP and Shell in Partnership in Climate Action; and c) 20 enviro-NGOs and energy firms joined BP’s American Wind and Wildlife Institute.

Like all supermajors, ConocoPhillips funds enviro-partnerships. Their Smithsonian-Mason School of Conservation project provides scores of scholarships and bankrolls 12 courses attended by 200 undergrads. ConocoPhillips won the St Andrews Prize for the Environment.

ExxonMobil donates $3 million a year to enviro-groups; far more than they ever gave CAGW sceptics.

After 30 years of Big Oil/Big Green climate collusion US electricity is 32% gas-fired; 30% coal-fired. As 93% of US coal burns for electricity, US coal consumption wallows at a 40-year low.

According to Big Oil, gas displaces coal through fair competition and the “war on coal” is a myth – nonsense. One study compared 6 gas-fired plants with 10 nearby coal-fired plants, all owned by Xcel Energy. The highest cost coal plant produced cheaper electricity than the lowest cost gas plant. Coal is dying from regulatory strangulation.

US electricity purchases (residential, commercial and industrial) total $400 billion a year. Across Europe and the Anglo-sphere electricity fetches $1 trillion a year. This will double by 2040. For hydrocarbon-fired electricity fuel is a major cost. Through Big Oil’s gaming carbon regulations gas could capture 60% of the electricity market. The stakes are humongous!

Pitching carbon taxation globally are groups like We Mean Business – a coalition of 832 companies (including Eni, Total and Equinor) with combined assets of $17 trillion. All members:

“…are committed to the Paris Agreement and its goal of limiting the increase in global average temperature to well below 2 C...”

Oil and Gas Climate Initiative (OGCI) emerged in 2014 with Total as a founder. BP and Shell joined in 2015. ExxonMobil, Chevron, Eni and the state-owned giants joined soon after. OCGI’s several projects have one overarching goal:

“OCGI member companies are dedicated to the ambition of the Paris Agreement to progress toward to net zero emissions in the second half of this century.”

usage and defends the gas industry. From its DC headquarters AGA represents hundreds of firms – climate warriors all:

“Natural gas is an important tool in the suite of greenhouse gas emissions reduction options available to the US. Natural gas will continue to benefit our nation as states move further to reduce carbon dioxide emissions created in electrical power production.”

Natural Gas Council is a partnership of 5 associations representing thousands of firms that produce and deliver US gas. Partners include American Petroleum Institute (whose 625 members employ 10 million Americans) and Independent Petroleum Association of America (whose members own 90% of America’s 500,000 gas wells). NGC prepares detailed reports on how much each proposed climate bill might impact gas sales.

Natural Gas Vehicles of America is funded by AGA and firms like Waste Management, Bluebird and UPS that seek incentives to convert their fleets to natural gas. (America’s 165,000 natural gas vehicles are supplied by 2,000 Compressed Natural Gas (CNG) outlets. Europe has 3,400 CNG outlets).

These oil and gas associations and companies spend on average $140 million a year lobbying Congress. Their federal campaign contributions average $80 million a year. DC is home to 676 oil and gas lobbyists of whom 432 are former employees of federal agencies and/or congressional offices. Big Oil outspends King Coal by a factor of twelve.

Numerous articles decry gas lobbying at the state level. Gas lobbyists spend $10 million a year in Pennsylvania alone. Legislators describe the pressure as “constant” and the sight of gas lobbyists inside the Capitol building as an “everyday” occurrence.

Meanwhile in Brussels, the gas industry spent $115 million lobbying the EC in 2016. Exxon and Shell each contributed $5 million. Europe’s 1,030 gas lobbyists are spread across 79 PR companies, law firms and think tanks. As in DC, a revolving door separates EC officials from gas lobbyists.

Atop Europe’s gas lobby are the big producers: Gazprom, Shell, Equinor, BP and Total. Their customers are also politicised. These include the European Chemical Industry Council (Dow, BASF, Solvay and INEOS) who use gas as a feedstock for chemical and plastic manufacture. Utilities like EDF, Engie, and Enel also exert pressure; as do turbine manufacturers GE and Siemens. Most visible is GasNaturally – an alliance of 6 associations (Eurogas, Gas Infrastructure Europe, European Gas Research Group, Technical Association of European Natural Gas Industries, International Association of Oil and Gas Production, and Natural and Biogas Vehicle Association).

Gas lobbyists claim European energy security will be assured via: multiple sources of gas; multiple ports of entry; and a pipeline latticework allowing gas to stream throughout the continent.

Europe is being locked into 50 years of dependence on gas imports.

Since 2008, Total has invested $200 million a year into renewable energy start-ups.

Shell has a multi-billion dollar commitment to wind and biofuels.

Big Oil is ahead of the curve regarding what could be the climate campaign’s greatest coup: electric vehicles (EVs). (EV refers to fully electric and hybrid vehicles.)

BP predicts that 85% of the world’s 300 million EVs in 2040 will be hybrids. Given a projected increase in the overall number of cars, oil sales will continue to rise, although oil’s share of the fuel market will fall.

BP is equipping its 18,300 retail stations with EV chargers and is marshaling a fleet of mobile chargers.

European energy firms used their renewable investments to capture solar and wind power associations; steering them to a pro-gas stance.

Global Climate Coalition (GCC) formed in 1989 as a common front for firms, especially oil supermajors, nervous about the Climate agenda. Rumours of defections soon swirled. In 1994 Shell’s new chairman began preparing for CAGW endorsement and BP launched an Alternative Energy Division with solar power and gas-fired power departments. BP bailed from GCC in 1996 and months later declared CAGW a crisis. Shell embraced CAGW in 1997 and left GCC in 1998. Texaco split in 2000, announcing investments in geothermal. GCC was pronounced dead in 2002. The last major standing was ExxonMobil. 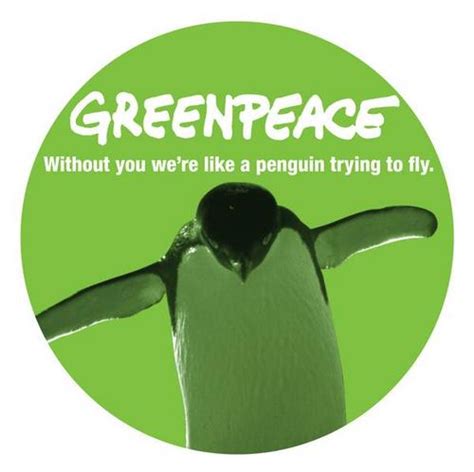 Lee Raymond ran Exxon from the mid-1990s to 2005 when Rex Tillerson replaced him. Raymond, a climate sceptic, faced relentless pressure from activist shareholders (led by Catholic Orders and Rockefellers) to endorse CAGW. Tillerson caved in 2007 and reigned in sceptic funding. In 2010 ExxonMobil pulled funds from the Harvard-Smithsonian Center of Astrophysics where sceptic Willie Soon had found a podium.

At a recent meeting of the American Legislative Exchange Council, the

Heartland Institute proposed a resolution calling on the EPA to withdraw its CO2 endangerment finding. ExxonMobil led the opposition to Heartland’s proposal.

Methane is a greenhouse gas and a commodity. To any other merchants “fugitive emissions” would be called “spillage.” Firms should not need incentives to reduce spillage, yet this is what Big Oil’s climate activism achieves. Big Oil is “doing well by doing good.” In Chevron’s words:

“It is in Chevron’s business interest to minimise fugitive methane and to maximise the volume of natural gas that we commercialise.”

Natural gas’s climate creds are bogus. According to the IPCC natural gas (CH4, methane) is 84 times more potent a greenhouse gas than CO2. The EPA claims it is 25 times more potent. Enviro-activists claim CH4 is 100 times worse than CO2; hence gas is “as dangerous for the climate as coal, if not more.”

Methane escapes into the atmosphere at every stage of the gas supply chain: drill holes, pipelines, ships, terminals, turbines, boilers and stoves. A 3% leakage from drill to turbine overwhelms whatever “global warming potential” reductions might accrue from replacing coal with gas.

Welcome to Theatre of the Absurd’s – The CAGW Saga.