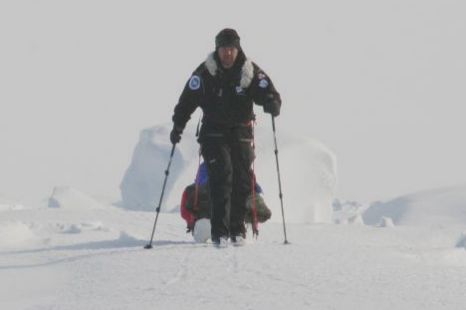 Six months ago I made a prediction regarding the weather this 2018-19 winter season.

“And I predict based on this that summer will be hot but short, fall will be practically non-existent as harsh winter conditions come early. I predict England to once again get battered with more cold temperatures not seen for over a century.” and quite frankly, I am sorry to report that my prediction has pretty much come true.

This past summer was short with drought-driven heatwaves in Europe and while they were hot, they were not record-breaking hot. And due to the late spring and the drought, another prediction of mine sadly came true, increased crop losses as some countries such as Sweden experienced a 50% reduction in harvest for the entire country.

” And more and more crop losses driving up food prices threatening the well being of those in poor countries who simply cannot absorb the increased cost.”

Of course, these predictions run counter to the global warming narrative which is based on pseudoscience and a political agenda being supported by manipulated climate data courtesy of NASA and NOAA. Manipulated via the use of “climate models” which have historically been 90-300% inaccurate.

As to my first prediction mentioned above, it is a trend, that at the time I was unaware of, that has been going on for a decade.

” It’s striking to see that in the past decade, every single autumn month has seen greater-than-average North American snow cover except for Sept. 2011, Sept. 2012, Oct. 2011, Nov. 2009 and Nov. 2016,” said Bob Henson, meteorologist at Category 6 blogger at Weather Underground.

It seems highly unlikely that if the globe was warming up that we would be seeing such an increase in snow cover over this past decade.

The Weather Channel is now predicting-“By the end of the month, every U.S. state except Florida had picked up at least a trace of snow in autumn”

We are also seeing, as per my prediction six months ago, record cold temperatures throughout the northern hemisphere.
Bitter cold in the Canadian Prairies
Bitter cold for Manitoba
Bitter cold for Yellowknife
Extreme cold in syria
Even Delhi is experiencing cold breaking a seven year old record

And let’s be clear here that this is not just a regional event limited to North America, the entire Northern Hemisphere has seen an increase in snow cover.

I made these predictions six months ago not by meteorological methods or due to being a climatologist, but via the research of Zharkova et al which revealed that the dynamos of the sun were moving out of phase, and waves out of phase cancel each other thereby producing a reduction in energy.

And based on this graph I predict next year will be even worse than this year with another late cold snowy spring, a short summer with more droughts producing heat waves that while hot will not be record breaking and another early fall with a colder and snowier autumn and winter with the winter of 2020-21 being the worst. There will be another four to six years of this before we may see some slightly milder weather though it will be short lived as 2028-2032 will see even more extreme cold temperatures. And this is when the real existential threat will become apparent by even the most ardent global warming fanatic for by that time there will be several years of successive crop failures as I have been reporting which will have depleted the global grain reserves. Dr Zharkova warns in her video presentation at the Global Warming Policy Forum of a global famine threat in 2028, though I believe we will start to see it much sooner as yearly incremental losses will continue to cut into reserves.

Already, some grain prices over the past year have risen as much as 30%. Continued increases in the cost of food will wreak havoc upon our economies as disposable incomes whither away. And with governments around the world threatening carbon taxes at this time of a cooling planet will only put the poor and middleclass under further economic hardship at a time when they least need it.All the claims that I make in these posts is not based on any computer modelling such as NASA or the IPCC use. CMIP5 climate models have shown themselves to be incredibly poor at predicting, not only foresight but hindsight too.

My claims are based purely on raw data without any maniulation of any kind. They are based on empirical observations. ALL COMPUTER MODELS ARE THEORETICAL and as such they are not reliable and governments should not be determining policy based on them.

Those not prepared for what is coming will be the first to suffer.

What are you doing to ensure your food security?

Please feel free to share this report via any social media of your choice.