Principia Scientific Australia (PSI-AU) is officially launched as a bespoke service to Australians who are concerned that creeping politicization of science is unhealthy and needs to be challenged.

We are very proud of this new independent, grass-roots supported, online player in the defense of the traditional scientific method.

PSI-AU is run by Australians for Australians – an independent subsidiary of Principia Scientific International. Please check the ‘About’ drop down menu at top of the site for full details.

As regular readers/members of Principia Scientific International (PSI) will note, the ‘look’ of the new site is very much in the same style as the original. It certainly shares our greater international goal: to uphold the traditional scientific method, as extolled by Professor Karl Popper.

For over a decade PSI’s 1,600+ members, along with our co-founder and esteemed climatologist, Dr Tim Ball, have been warning of the perils of ‘The Deliberate Corruption of Climate Science.’

According to Popper, one of the most influential philosophers of science in the past millennium, “In so far as a scientific statement speaks about reality, it must be falsifiable; and in so far as it is not falsifiable, it does not speak about reality.” 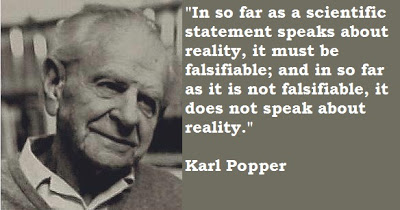 PSI-AU will continue to champion skeptical voices in the global warming debate, plus give special focus to Australian developments in Astronomy and Geology which counter the rise of post-normal science.

However, a key difference is that, unlike PSI, PSI-AU has greater freedom to engage in issues that would otherwise be deemed too politically-focused for PSI (conflicting with its legally-incorporated, non-profit status).

We are very proud to have as the site’s Editor-in-chief Dr Judy Ryan. Judy is a retired scientist living in Canberra, a well-respected, veteran activist for higher standards and greater accountability in government science.*

Funding for the new site has been generously provided by fellow Australian, Gregg Thompson, amateur astronomer and entrepreneur.

We do hope everyone will enjoy the new site. Please do feel free to send in ideas for posts to Dr Ryan at editor@principia-australia.org

[John O’Sullivan is the coordinator of PSI International. Dr Judy Ryan the Assistant Director and Editor of PSI Australia (PSI-AU)]

Please download them and post them wherever you think is most suitable:
Rutherglen2015version.pdf (113KBs)
CarbonPollution&CO2.pdf (384KBs)
HockeyStickGraphComparedToGeologicalReality.pdf (1,262KBs)
TheFalseConsensusPoster-3.pdf (117KBs)
FailureOfClimateModels.pdf (91KBs)
BW_CAGW_RejectedByAMA1951.pdf (704KBs)
Sun_and_C02.pdf (182KBs)
I_love_C02.pdf (74KBs)
SatelliteObservationsOfGlobalCO2Levels.pdf (1,017KBs)
Eucla1920.pdf (180KBs) Why did the Auusie BOM show Eucla as cool in December 1920 when it was hot?
DaftJunkMapsFromTheAustralianBureauOfMeteorology.pdf (229KBs) How can the Bureau of Meteorology think that the average maximum for South Australia could be higher than the highest maximum?
CharlesSturt.pdf (597KBs) Why don’t the climate hysteria mongers read the history books?
WilliamCreekHeat.pdf (89KBs) How did the Bureau of Meteorology manage to lose the William Creek data?
NonInteracticePosterForDecember1931.pdf (398KBs) Where is the evidence to support the Bureau of Meteorology’s claim that the temperature in Central Australia was around 33C in the early 1930s?